Three years of persistent and strategic advocacy by the Low Income Housing Coalition of Alabama (LIHCA), Alabama ARISE and its allies and partners culminated in victory this May in Montgomery. On May 14, Governor Robert Bentley signed HB110, establishing the Alabama Housing Trust Fund. Although there is no initial funding included in the Alabama Housing Trust Fund, HB110 creates a framework for Alabama to address its housing needs through Federal and state investment.

In both the 2010 and 2011 legislative sessions, LIHCA worked with housing champion Representative Patricia Todd to move trust fund legislation through the House, only to have bills die in the Senate. So, while it was a good sign when HB110 passed through the Alabama House with 82-0 vote count within the first two weeks of the 2012 legislative session, LIHCA and its allies kept their attention and focus on the Senate. Prior to the start of the 2012 session, LIHCA mobilized constituents from every state Senate district to write a personal letter to their Senator, requesting their support of the Alabama Housing Trust Fund. 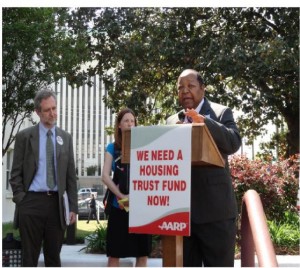 Once HB 110 moved to the Senate, LIHCA stepped up the pressure. Alabama Association of Habitat Affiliates and Alabama ARISE led a targeted lobbying effort inside the State House, while LIHCA activated its membership with timely email advocacy alerts. The result was near unanimous support in the Senate.

“Making the Alabama Housing Trust Fund law is a major step forward towards being able to respond to the housing needs of working families, veterans, seniors and others across the state,” said LIHCA Board President Marcie Porter. “Having a safe, stable place to call home is a key ingredient to prosper and get ahead. It is crucial to have leaders like Representative Todd who get it, because unfortunately in Alabama we have a huge number of families and individuals who do not have the basic comfort of home.”

The National Low Income Housing Coalition estimates that Alabama lacks more than 90,000 available and affordable homes for extremely low income residents. These statistics were published before April 2011, when tornadoes devastated communities across Alabama. Alabama’s Emergency Management Agency reported the complete destruction of 5,800 homes, 7,300 homes with major damage, and another 15,000 homeowners reporting some level of storm damage. Alabama also has a significant problem with substandard housing for homeowners.

“While we are thrilled to have the Alabama Housing Trust Fund officially established, the next step of securing adequate, ongoing funding, is obviously essential in order to provide housing opportunities to Alabama families,” said Porter “We have hardworking families throughout the state making impossible choices between paying rent and being able to afford food or pay for utilities. We can do better by our neighbors by investing public resources in the Trust Fund.”

HB110 designates the Alabama Department of Economic and Community Affairs (ADECA) as the agency to administer the Alabama Housing Trust Fund, which includes the management and distribution of funds, developing and publicizing the criteria by which funds will be awarded, awarding funds through an open, competitive process, and publishing periodic housing needs assessments and an annual report on Trust Fund investments. Eligible applicants for Trust Fund awards include forprofit and nonprofit developers, municipalities, counties, and public thousing authorities. Eligible activities include the development, rehabilitation and maintenance of rental and ownership housing.

The legislation also establishes the Alabama Housing Trust Fund Advisory Committee, an appointed, 16-member body, charged with advising ADECA on the implementation and administration of the Trust Fund; including the review of all Trust Fund policies and procedures, the process for awarding the funds, fund operations, and annual performance reports. The advisory committee will include representatives of the Speaker of the House, Senate President, and Lieutenant Governor, as well as representatives from the Alabama Association of Habitat Affiliates, Low Income Housing Coalition of Alabama, Community Action Association of Alabama, Alabama Alliance to End Homelessness, Alabama Department of Mental Health, Alabama Association of Realtors, Governor’s Statewide Interagency Council on Homelessness, Homebuilders Association of Alabama, Independent Living Centers of Alabama, Alabama Council for Affordable and Rural Housing, Alabama Bankers Association, the Alabama Manufactured Housing Association, and an Alabama resident earning an income at or below 60% of the area median income. 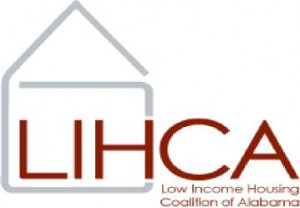 Within weeks of HB110 passage, LIHCA and Alabama Arise already began leading a charge to secure revenue, targeting the National Mortgage Settlement as a source for one-time funding. The National Mortgage Settlement, approved on April 4, 2012, is the result of a statefederal agreement settling charges that the ﬁve largest loan servicers (Ally/GMAC, Bank of America, Citi, JPMorgan Chase, and Wells Fargo) engaged in improper servicing and foreclosure activities. The State of Alabama is scheduled to receive $25.3 million in the settlement. In late May, Alabama Attorney General Luther Strange announced that $19.3 million of the settlement funds would be allocated to the state attorney general’s office and county district attorney’s offices.

In response, LIHCA and Alabama Arise launched a media advocacy campaign that generated several news stories and an OpEd in the Gadsden Times calling for the remaining $6 million to be allocated to the Trust Fund. LIHCA is also beginning to identify options for a permanent source of funding for future legislation. 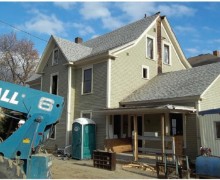