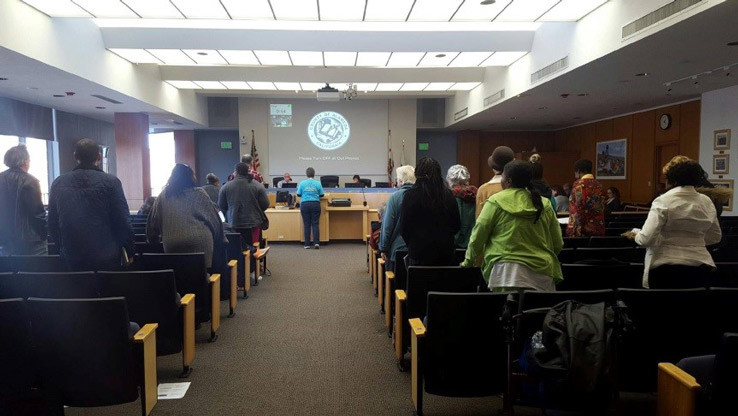 In December 2015, the Alameda County (CA) Board of Supervisors unanimously approved an increase in its annual commitment of “boomerang” funds to the County Affordable Housing Trust Fund to a 20% set-aside with a minimum of $5 million and a maximum of $7.5 million each year.

California’s Redevelopment Agencies used to capture a portion of property tax revenues and invest 20% of them in affordable housing. When Redevelopment Agencies across the state were dissolved by Governor Jerry Brown in 2012, these revenues were collected by other property tax collecting entities (including cities and counties), but without the required set-aside for affordable housing. Now, when advocates call on cities and counties to invest a portion of these funds in affordable housing, they are referred to as “boomerang funds”, because they went away and came back.

In July 2014, and as a result of tireless advocacy from East Bay Housing Organizations (EBHO) members, Alameda County committed $9.8 million in one-time boomerang funds for affordable housing and at least $2 million annually. EBHO partnered with EveryOne Home, a homelessness advocacy organization in Alameda County, to allocate $3.9 million of these funds for the Rapid Rehousing Program, which will help serve Alameda County’s homeless and special needs populations. Knowing that the flat $2 million yearly set-aside was far less than what a 20% set-aside could yield, EBHO members planned to mobilize again when the issue came back before the Board of Supervisors in 2015.

Throughout the winter of 2015, affordable housing residents, nonprofit housing developers, and faith leaders all helped urge the Board of Supervisors to increase the yearly commitment to 20%.  Some 25 members came to the December Board of Supervisors meeting to show their support. Speakers included members of EBHO’s Resident & Community Organizing Program, St. Mary’s Center, Resources for Community Development, Satellite Affordable Housing Associates, Eden Housing, MidPen Housing, Northern California Carpenters Regional Council, Kehilla Synagogue, and others from communities across the East Bay. The Board of Supervisors approved the 20% yearly set-aside, and then, boosted their response by implementing the $5 million minimum. The $5 million minimum is actually closer to 30% of the current amount of boomerang funds received by the County each year – making this new policy a huge win for affordable housing and Alameda County residents.

The increase to a minimum of $5 million a year will boost the County’s ability to address homelessness, stop displacement, and provide needed affordable homes.  The County Community Development Agency uses a variety of sources, including federal funds and the Affordable Housing Trust Fund, to provide loans to developers to increase and preserve affordable housing throughout the County.