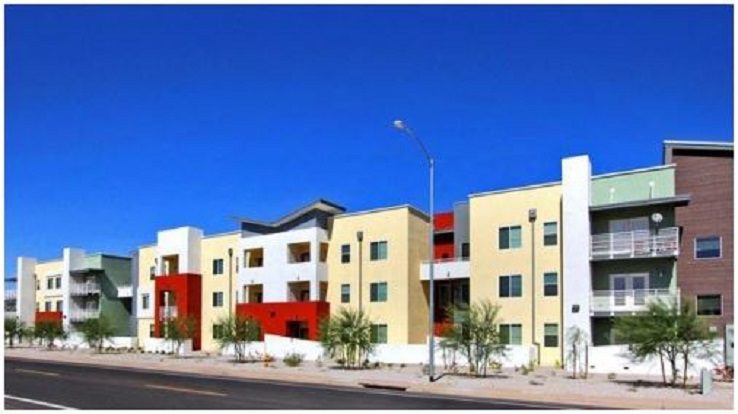 Administered by the Arizona Department of Housing, the Housing Trust Fund is combined with Federal HOME dollars into a single housing program called the State Housing Fund.  Funds are available for the development of affordable permanent rental housing units in the form of GAP financing. The Department of Housing accepts applications through an annual Notice of Funding Availability (NOFA). The Department also uses the Housing Trust Fund to support the operations of homeless shelters and to address emergency housing needs in the state.

According to Arizona Housing Alliance Director Val Iverson, the new dedicated funding is a significant step by the legislature and the Governor to respond to Arizona’s unmet housing need. Said Iverson, “Our state was one of the worst hit by the foreclosure crisis, but just as the Housing Trust Fund was needed most, the funding was reduced.  The result is that many Arizonans are still hurting to have their basic housing needs met.  HB 2666 begins to get the needle moving in the right direction again.”

The Arizona Housing Alliance has been leading an advocacy push to restore the Housing Trust Fund’s full allocation of Unclaimed Property since the cuts began.  With legislative leadership largely unresponsive to the state’s affordable housing needs, the Housing Alliance pivoted to a new strategy that included the exploration of alternative revenue sources, and building new alliances with the health sector to establish a new narrative about the importance of state investment in affordable housing. In 2014, the Housing Alliance co-founded the Arizona Partnership for Healthy Communities along with The Federal Reserve Bank of San Francisco, Vitalyst Health Foundation and LISC Phoenix. Arizona Partnership for Healthy Communities creates multi-sector collaborations by bringing together the public health, housing, transportation, community development, and economic development fields, bringing the private and public sectors together to ensure that banks, health insurers, and health care providers are active partners alongside the government and nonprofit sectors.

Said Iverson: “While many of us in the housing and health world understand how home connects to health, education and almost all other issues that impact a person’s life, we needed a way to elevate this understanding to legislators and decision makers.  We realized that if housing, health and other community stakeholders could come together to articulate this message, we would have a powerful new voice calling for policies that increase access to a safe, stable, affordable home for Arizonans in need, as well as other policies that improve the health and well-being of people in our state.”

While the primary impetus for the HB 2666 was the Governor’s plan to consolidate state agencies, the revenue increase for the Housing Trust Fund indicates a new opportunity to advance state housing policy. The Governor’s growing awareness of how the Housing Trust Fund can help the state address an array of community and economic development related issues was in clear evidence as the legislative session progressed. The Arizona Housing Alliance plans to use the momentum of the HB 2666 victory to advance their advocacy to lift the $2.5 million cap on revenue from unclaimed property sales, and to explore additional new sources of revenue for the Arizona Housing Trust Fund.

NEXT $2.5 Million for the Louisville Affordable Housing Trust Fund!