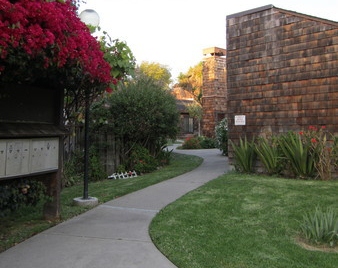 The Regional Housing Needs Allocation for Berkeley calls for adequate sites for 2,431 housing units for the period from 2007 to 2014, including sites for 164 extremely low income households, 164 very low income, 424 lower income, and 549 moderate income households. The City’s Housing Element, adopted in October 2010, complies with these requirements.

The City concluded that a practical option in meeting its housing needs would be to impose an affordable housing mitigation fee on new market-rate rental units, to mitigate the impacts of those new units on the need for affordable housing. The City contracted for a required “Affordable Housing Fee Nexus Study,” which was completed in June 2010 by Bay Area Economics. The study quantified the impacts of new market-rate rental units on the need for affordable housing in the City. The study estimated the additional spending attributable to each new housing unit in the City, translated this spending into jobs at a range of incomes, and determined a maximum fee amount of $34,000, based on the need for units affordable to lower income households with an annual income next exceeding 65% of the area median income.

In June 2011, Berkeley’s City Council adopted an ordinance which enables the establishment of an affordable housing mitigation fee. And on October 16, 2012, the City Council adopted Resolution 65.920—NS setting the fee at $28,000 and establishing criteria for applying the fee.
The mitigation fee was not without controversy. The Council debated a fee ranging from $15,000 to $34,000. The City’s Housing Advisory Commission voted to recommend the $28,000 fee. The debate centered on what would produce the most benefit in meeting the affordable housing needs of the City. Developers are required to provide 10% of the housing in developments affordable to very low income households for the life of the project. They can elect to pay the fee in lieu for all or a portion of these homes.

Among the advocates for the mitigation fee was the Berkeley Organizing Congregations for Action (BOCA). BOCA is a nonprofit, faith-based organization of eighteen member congregations representing more than 10,000 Berkeley families. Part of the PICO national network, BOCA held a “Berkeley for All” action in July with 180 people coming together to help find solutions to the City’s most pressing issues. The action highlighted the work of BOCA leaders who held one on one conversations over the previous six months within congregations and with community members. The result of the action was a series of commitments from elected officials and community members to increase funds for the City’s Housing Trust Fund.

In 1990, Berkeley established the Housing Trust Fund to pool available funding for affordable housing development. In 1986, the City adopted an inclusionary Housing Ordinance, which required, among other things, that a percentage of all new residential rental units in projects of five or more units be provided at below market rates for the life of the project. In 1993, the City established an affordable housing linkage fee on commercial development, designed to mitigate the need for affordable housing created. Even in combination with other state, federal and private funding sources, the City’s linkage fee and its Inclusionary Housing Ordinance have not been sufficient to fully address local housing needs.

A 2009 decision of the California Court of Appeals (Palmer/Sixth Street Properties. V. City of Los Angeles) further impaired the City’s ability to provide for needed—and state allocated—affordable housing. Palmer holds that the City may not require rents to be limited in rental projects unless it provides assistance to the rental project, thus invalidating the City’s Inclusionary Housing Ordinance requirements as to rental projects.

In 2010, the City selected four developments for funding from the Housing Trust Fund and created a pipeline of projects for future consideration. The fund receives revenues from the federal HOME and CDBG programs, the General Fund, mitigation fees, condominium conversion fees and had $5.7 million in funds for FY2012. As of April 2012, the City had committed nearly $2.2 million to seven developments. Additional funds projected for FY2013 amounted to no more than $930,800. Three additional commitments leave the Fund with a current balance of $2,795,743.