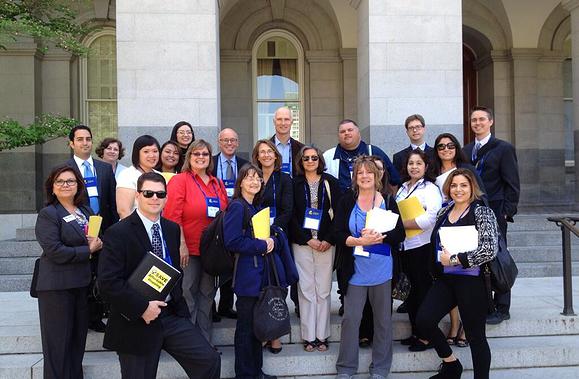 Governor Jerry Brown has signed the California FY14-15 budget, which includes several key policy wins for Housing California, their allies, and Californians in need of affordable homes. Among these, is a final deal that was struck on cap-and-trade auction revenues which dedicates $135 million in FY15 and 20% of ongoing receipts for affordable homes and other components of sustainable communities, including bike and walking improvements, transit, and planning.  At least half of the 20% (roughly $200-300 million/year) is specifically dedicated to affordable homes built near robust transit lines.  The state Strategic Growth Council will administer these funds and can choose to pass through the housing dollars to the state Department of Housing and Community Development.  Since the passage of the California Housing Trust Fund legislation in 1985, this is the first ongoing dedicated state revenue committed to affordable homes in California … a victory indeed!!

Cap and trade is a program developed by the California Air Resources Board to reduce greenhouse gas emissions.  Large companies that emit a certain amount of greenhouse gas emissions are assigned a cap which when exceeded; the companies must either reduce emissions or buy allowances (from companies below their cap) through a state auction.  Estimates for revenues are expected to increase when additional industries are subject to the emissions cap.  Current estimates suggest $12-$45 billion will be collected by 2020.  Funds must be used to reduce emissions and the California Legislature has identified additional benefits they would like to see, including:  job creation, improved public health, lower housing and transportation costs, and assistance to communities heavily impacted by poor air quality.

California housing advocates celebrated several significant wins for affordable housing and other benefits in the new state budget, including:

Housing advocates in California received a well-deserved congratulatory letter from Shamus Roller, Executive Director of Housing California, illustrating exactly what collaboration and persistence achieve.  Earlier legislative work of the California Homes and Jobs Act (SB 391) Campaign, which sought to fund the state housing trust fund through a document recording fee, is being credited with helping to set the stage for winning cap-and-trade funding. Endorsed by more than 600 organizations and hundreds of   individuals, California Homes and Jobs Act supporters educated legislators and demonstrated the impact additional funding could have for the state.  Housing California and the California Housing Consortium partnered on this campaign with many regional, local and other statewide organizations playing key roles.

“All our coalition-building work is really starting to pay off in some significant policy wins,” said Shamus Roller. “Wins that will benefit not only Housing California and housing advocates, but also our coalition partners and, most importantly, Californians struggling to make ends meet.  Californians still need an ongoing source of state investment in affordable homes, so we have plenty of work ahead, but, for the moment, we’re taking time to celebrate this victory and thank everyone who helped us achieve it.”

Showing the connection between greenhouse gas reductions and affordable homes near transit was critical and successfully accomplished by members of the Sustainable Communities for All Coalition, which includes groups from transportation, housing, conservation, urban greening, and other sectors. The Sustainable Communities for All Coalition has worked for the last three years on a comprehensive plan for the cap-and-trade revenues and will continue to work with the state Strategic Growth Council to help structure the implementation and administration of the program and funds.