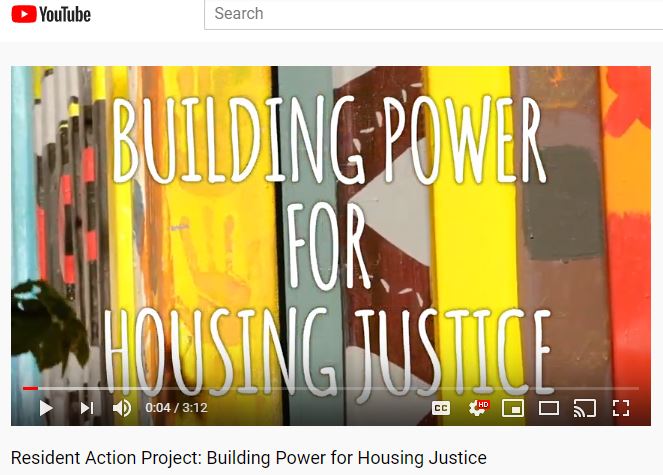 RAP is a collaboration between the Housing Trust Fund Project and the Washington Low Income Housing Alliance intended to.  RAP is a statewide network led by people who have experienced housing injustice organizing together to build power to change state policy through storytelling, organizing, and civic action.  Founded in 2016, RAP has leaders in more than 16 cities and 12 counties across Washington state.

To learn more about RUN, go to: https://www.housingca.org/run

To learn more about RAP, go to: https://residentactionproject.org/