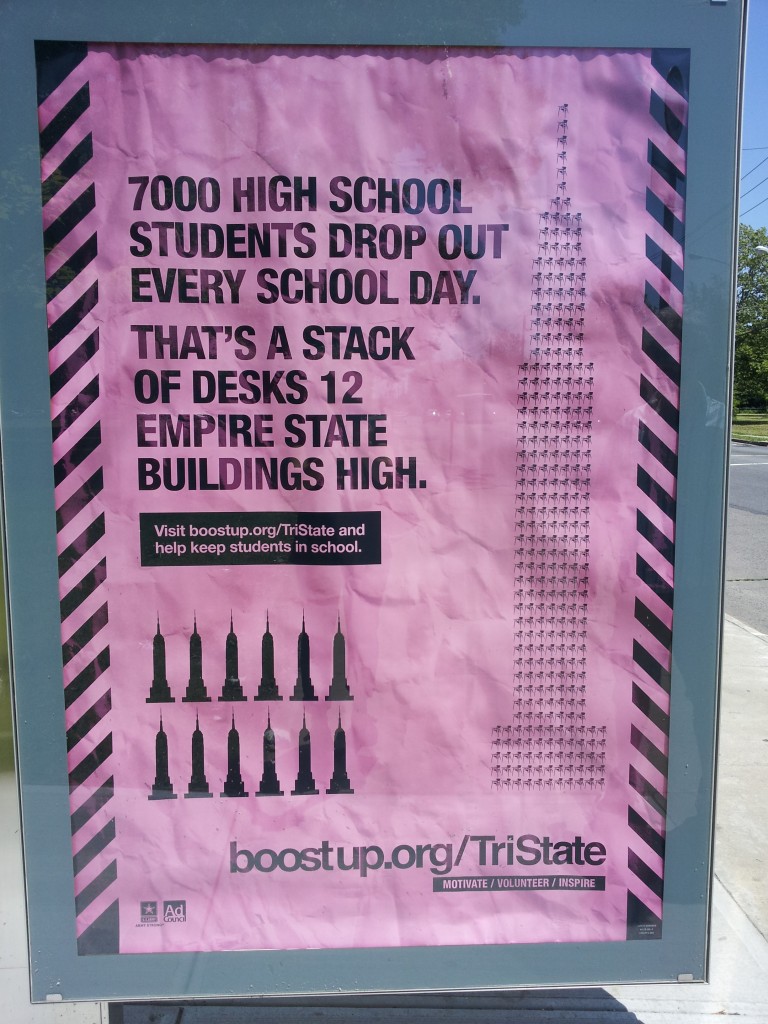 Social math is a practice that uses easy to visualize comparisons to make large numbers comprehensible and compelling.  Using social math allows advocates to talk about statistics and data by placing them in a social context that provides meaning.

For instance, stating that a large tub of movie theater popcorn packs in 76 fat grams gives us accurate information but relies on the audience having the knowledge of grams of fat and levels of healthy fat intake.  If you share the same information by stating that the fat in large tub of movie theater popcorn is equivalent to five full size Snickers bars or more than six McDonald’s cheeseburgers, chances are that a much broader audience will understand the intended message that popcorn is excessively fatty.

Housing advocates in Portland, OR used social math to highlight that the increased number of homeless school age children in the Metro area. A survey by the Oregon Education Department reported 2,200 homeless children enrolled in Portland schools, a 17% increase from the year prior.  Advocates calculated that it would require 53 school buses to seat all of homeless children. Parked end to end, 53 buses would stretch along the entirety of Portland’s downtown waterfront parkway, an iconic civic location.  In a press release, the advocates reported that the newly released homeless numbers showed that Portland could now line Waterfront Park with buses full of homeless children trying to go to school and learn.  This powerful image was easier for the public to grasp than actual increase in the number of children, and a hard image for decision makers to ignore.

To learn more about social math, go to Framesworks, Sightline Institute, and ImpactMax.