This strategy has proven true in that by early February 2019, Councilmember Mann and Mayor John Cranley proposed a $700,000 capitalization of the new AHTF coming from the city-owned Norfolk Southern Railroad.  City Council voted to approve the funding in early March.

In reaction to the announcement the  the Greater Cincinnati Homeless Coalition stated in their press release. “(the announcement) shows important forward movement that the Mayor and Council members will be allocating these funds to the Housing Trust Fund for the development of some safe and healthy affordable homes.   The crisis level shortage of affordable housing has compromised our neighborhoods and increased housing instability and homelessness to staggering levels.  As housing and homelessness advocates, we consider the Affordable Housing Trust Fund to be a necessary tool for fighting our City’s current affordable housing crisis.”

Having to start again with a new council, advocates doubled down on their efforts to convince council that the time is now to deal with the housing crisis in Cincinnati.  An important tool that helped advance advocates’ efforts was a study on the affordable housing shortage by Community Building Institute and LISC in February 2017.  The report showed that Hamilton County is needs 40,000 affordable homes, 28,000 of which are needed in the City of Cincinnati.  The report gave strong data to back up the urgency that many Cincinnatian were facing on a daily basis. 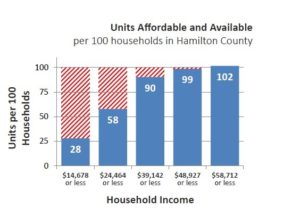 Cincinnati advocates realize that while this victory is an important first step, they are continuing to work for a dedicated source for the AHTF.  They are doing their due diligence by researching revenue sources that they will to present to city council later this year.  Not stopping there, they also plan to engage the broader community in the campaign to make sure that all Cincinnatians have a safe, affordable place to call home.

Affordable Housing Advocates is a group of housing providers, advocates and consumers dedicated to the goal of ensuring good, safe, accessible, affordable housing for all people in Southwest Ohio. Their focus is on meeting the housing needs of very low, low, and moderate-income individuals and families. The group formed to share the expertise and information gathered by its members over decades of service to the Greater Cincinnati community in the area of affordable housing and to initiate and support plans of action that will further the creation, retention and accessibility of affordable housing in our community.

The Greater Cincinnati Coalition for the Homeless (GCCH) was formed in May of 1984 for one purpose: the eradication of homelessness in Cincinnati.  We are a unified social action agency, fully committed to its ultimate goal: the eradication of homelessness with respect for the dignity and diversity of its membership, people experiencing homelessness and the community. The Coalition works towards this goal by coordinating services, educating the public, and engaging in grassroots organizing and advocacy. The Coalition has a membership of over 60 agencies, and hundreds of individual members and supporters. 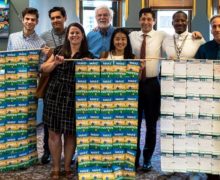 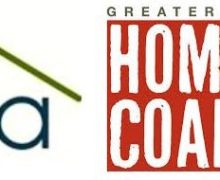 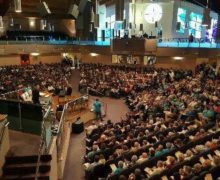