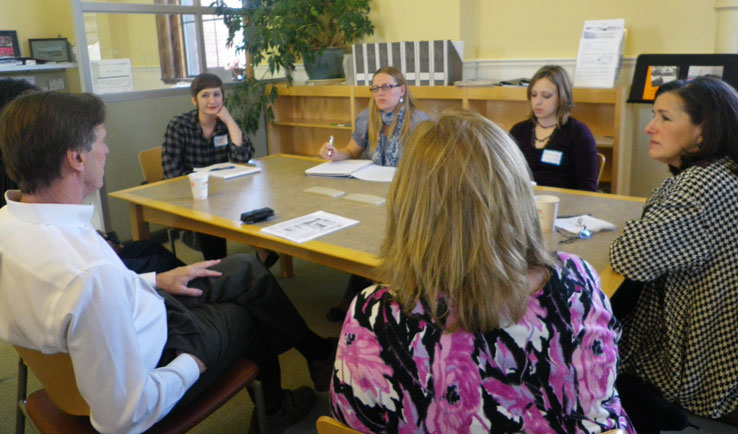 Affordable housing advocates have hailed the Governor’s proposal, attending the 17 town hall meetings on the budget that the Governor has conducted around the state and meeting with key legislators to show their support for the capital budget. “This is the largest commitment to housing by a governor of Connecticut since 1989,” said Howard Rifkin, Interim Director of the Partnership for Strong Communities. “Governor Malloy gets the connection between affordable housing, job creation and retention, and economic growth. At his core, he gets that dealing with these issues – housing and homelessness –is important to a healthier Connecticut.”

The Governor’s proposal includes $50 million in capital spending for initiatives supporting workforce housing, low income housing and the rehabilitation of existing housing for each year of the Fiscal Years 2012-2013 biennial budget. Details on which housing programs, including the Connecticut Housing Trust Fund for Growth and Opportunity (CHTF), may receive the funds are still being deﬁned.

The Connecticut Housing Finance Authority, using modeling developed by Regional Economic Models, Inc., recently estimated that $75 million in capital funding for affordable housing could result in as much as 800 units of affordable housing, $340 million in economic activity, 2,600 jobs, including 1,500 construction jobs, and $29 million in revenue to the state, depending on how the funds were leveraged.

The proposed capital budget also includes another $30 million in 2012 for permanent supportive housing. The state’s investment in permanent supportive housing is expected to create 150 new units, and the budget includes partial year funding in Fiscal Year 2013, which will annually mean an additional $1.1 million in supportive services through the Department of Mental Health and Addiction Services and $1.5 million in new rental assistance subsidies through the Department of Social Services to support the new housing units that are constructed and due to come on line in calendar 2013.

According to the Connecticut Housing Coalition, housing advocates and developers are poised to take advantage of the new funding. A recent survey of the Coalition’s members identiﬁed 32 affordable housing initiatives that were “shovel ready”, with more than $311 million in total development activity, but which have been stalled for lack of gap ﬁnancing from the state. This past year, the Connecticut Housing Finance Authority (CHFA) awarded Low Income Housing Tax Credits for four housing development proposals, but turned away 15 other worthy applications for lack of sufﬁcient resources. “Supportive housing projects have been ready and waiting for the ﬁnancing needed to move them forward and provide a cost effective and successful solution to homelessness,” said Betsy Crum, Executive Director of the Coalition.

The Connecticut Housing Trust Fund was established in 2005 with legislation that initially authorized the issuance of up to $20 million in state general obligation bonds per year, plus an additional $10 million for a total of $110 million for the CHTF.

According to an analysis by DECD, the ﬁrst $57 million in capital funds invested in the CHTF leveraged an additional $519 million in other federal, state, local and private funds, and produced or preserved 2,200 units of affordable housing. The Partnership for Strong Communities estimates that the state’s investment in the Housing Trust Fund has produced more than 4,000 jobs, approximately $12 million to $28 million in one-time government revenue, $7 million to $14 million in ongoing government revenue, and hundreds of millions of dollars in economic activity. Governor Malloy, within one month of being sworn in sought an allocation of $10 million from the Trust Fund to immediately promote affordable housing development and create jobs.

The governor’s investment in affordable housing comes in another tough budget year for the state, facing deﬁcits in its operating budgets of $3.2 billion for 2012 and $3 billion for 2013. Negotiations on the terms of how the operating budget deﬁcit will be addressed are ongoing and must be settled before the capital budget can be approved. Once the legislature authorizes the capital expenditures, funds may be allocated by the state bond commission.

“The capital investment in housing in the Governor’s budget is precisely the right response at the right time,” said Betsy Crum. “This investment is a “win-win” for our economy, our communities, and our State.”