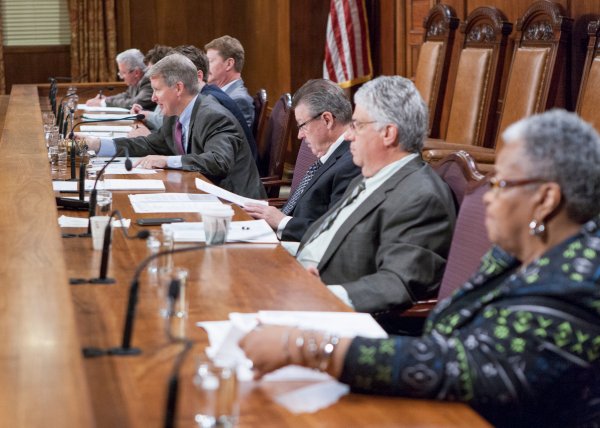 Legislation that would establish a dedicated source of funding for the Pennsylvania’s State Housing Trust Fund (called the Housing Affordability and Rehabilitation Enhancement Fund or PHARE) moved with bi-partisan support from both urban and rural legislators in the Pennsylvania state senate.  In late June, the Senate Housing and Urban Affairs Committee voted unanimously to approve Senate Bill 1380, a bill that would dedicate a portion of future increases in revenue collection from the Realty Transfer Tax (RTT) to PHARE. Currently, none of the revenue generated by the RTT is re-invested in the housing market. SB 1380 now awaits a full Senate vote.

With Senator Elder Vogel, a Republican from Beaver County, teaming with Senator Shirley Kitchen, a Democrat from Philadelphia, and seventeen other co-sponsors, SB 1380 demonstrates the broad support for investing state resources in a proven program.  Since receiving initial funding in 2012, PHARE has invested $17 million in communities in 37 counties, benefitting 1700 local households.  Funds have been used to rehabilitate and repair existing housing, to provide rental and closing cost assistance, to develop new rental and single family homes, and to fix up blighted properties.

Leading the campaign to secure dedicated revenue for PHARE is the Housing Alliance of Pennsylvania, a non-partisan, statewide public interest advocacy organization working to help increase the supply of safe, affordable and accessible homes available to all Keystone State residents – especially low-income, elderly and disabled individuals.   “We are thrilled that members of opposing parties, who represent very different constituencies, reached across the aisle to recognize the importance and value of this investment,” said Liz Hersh, Executive Director of the Housing Alliance of Pennsylvania. “This bill is a win for everyone – Democrats and Republicans in all parts of the state – we can help those in need and have a major economic impact without deciding whose taxes to raise or which area to take money away from.”

The funding currently directed to PHARE comes from Act 13, the Marcellus Shale Impact Fee. Enacted in 2012, Act 13 is an overhaul of the state’s gas-drilling regulations, including a new fee on drilling companies, a portion of which can be dedicated to meeting local housing need in drilling impacted counties. By dedicating a portion of future RTT revenues to PHARE, SB 1380 would expand the state housing trust fund beyond the Shale communities for use statewide. SB 1380 includes a $25 million cap on RTT funds directed to PHARE.

In addition to helping communities address their local housing needs, dedicated investment of the RTT to PHARE has the power to spur a $400 million economic impact – adding up to 3,000 jobs and an additional $20 million in state tax revenues – while also increasing the supply of affordable housing assistance for Pennsylvania’s most vulnerable citizens.

“The economic case for strengthening PHARE – which has already proven its power to help alleviate blight, reduce homelessness, create jobs and drive economic activity – is compelling.  But the broader good that we have the opportunity to offer vulnerable residents, families and communities, is even more profound,” Senator Vogel said.  “I am hopeful that our colleagues in the General Assembly view SB 1380 as another chance to make that investment work for families throughout the Commonwealth.”

In order to build support for dedicating revenue to PHARE, the Housing Alliance of Pennsylvania and Women’s Community Revitalization Project (WCRP) are partnering with the Center for Community Change Housing Trust Fund Project on an initiative to build new capacity to mobilize constituent voices within community organizations in three geographic areas of Pennsylvania. WCRP is a Philadelphia-based organization with a focus on social and economic equity for low-income women and their families, with a long track of successful advocacy campaigns, including the creation of a Philadelphia land bank and tens of millions of new affordable housing dollars. WCRP has created a model of community engagement that directly impacts community development, putting the power that emerges from women working together to create effective change in communities. As part of its model of community engagement, WCRP has developed the leadership of hundreds of low-income residents to affect change in their communities. In September, the Housing Trust Fund Project and WCRP will conduct civic engagement trainings to provide tools for community members to reach out to decision makers, the media and fellow community members to educate them about the positive impact investing in affordable homes and apartments would have in local communities.