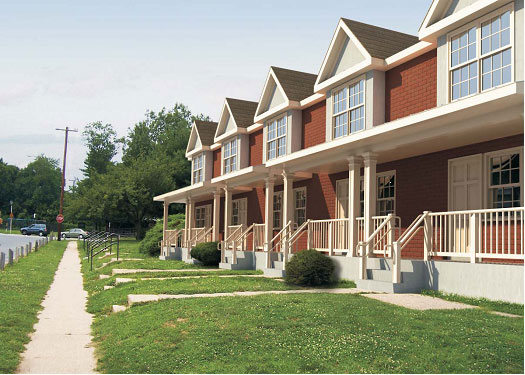 Delaware’s Housing Development Fund received a big boost in the state’s capital budget passed this month based on enhanced revenue projections. On July 1st, Delaware Governor Jack Markell signed the state’s budget, which allocates an additional $10 million in the capital budget to a Housing Preservation Fund embedded within the Housing Development Fund, the state’s housing trust fund. The new resources are a share of more than $320 million in unanticipated excess revenues projected by the Delaware Economic and Financial Advisory Council to accrue next year. 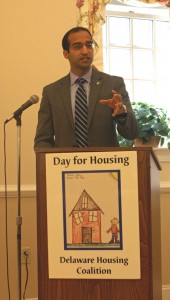 The additional housing funds were included in a package of initiatives proposed by the Governor to invest the new revenues to create and retain jobs and expand economic opportunities. “We know from our economic impact analysis that every dollar invested in housing generates $7 in additional economic activity, so the state’s investment in preserving multifamily housing will not only address the state’s affordable housing needs, but will have a signiﬁcant impact on jobs,” said Ken Smith, Executive Director of the Delaware Housing Coalition. “We’re very happy that Governor Markell is so attentive to housing needs in the state and the role that affordable housing investments can play in stimulating the state’s economy.”

The Coalition published its ﬁrst economic beneﬁt study, “Meeting Delaware’s Housing
Needs: The Economic Impact of the Proposed Five-Year Strategic Housing Plan”
in 2004, and the economic analysis has been a key argument in gaining support for committing resources to the Housing Development Fund.

The ﬁrst part of the Governor’s 3-part plan, “Building Delaware’s Future Now,” proposed to direct $135 million to create the Building Delaware’s Future Fund to make strategic investments to promote economic growth. Unveiling the plan, the Governor said, “We can put people to work now in ways that will improve our quality of life, help attract new businesses and preserve some of our state’s great assets for years.” Along with the Housing Preservation Fund, the Governor’s proposal would invest:

Given the volatility of the projected revenues, which are derived largely from abandoned property, the Governor’s spending increases were proposed in a bond bill to be included in the capital budget as one time expenditures, rather than added to the state’s operating budget.

The other components of the Governor’s “Building Delaware’s Future Now” jobs plan would (1) reduce the state’s debt and cut income and business taxes targeted to core industries, including small businesses, ﬁnancial services, and manufacturing, and (2) make new investments to improve the quality of early childhood education and to build residents’ job skills by expanding research and job training facilities at the state’s institutions of higher education.

The Housing Development Fund, which is the repository for the preservation funds, was created in 1986 and has received appropriations from the state’s General Fund as well as dedicated revenue from document recording fees. Last year, funding for the state housing trust fund was sustained through a $4.07 million base, and supplemented by an appropriation of $4.5 million that was also earmarked for the preservation of affordable rental housing.

According to the Delaware Housing Coalition, there are almost 28,000 extremely low-income (ELI) households in Delaware who pay more than 30% of their income for housing, and approximately 25,000 Delaware households are “at risk” due to housing cost burdens or other serious housing problems. Between 2000 and 2008, Delaware lost 9,460 affordable rental units while it gained 25,150 high-end units.