The campaign to secure revenue for the National Housing Trust Fund accelerated in two significant directions in early July.  Coming out of the July 4th recess, Senate Finance Committee Chairman Max Baucus (D-MT) and Ranking Member Orrin Hatch (R-UT) informed their Senate colleagues that they will begin serious work on comprehensive tax reform, creating a crucial opportunity for the United for Homes campaign and its supporters to make the case for reforming the Mortgage Interest Deduction in order to fund the National Housing Trust Fund.  On July 9, the National Low Income Housing Coalition and the Right to the City Alliance filed an unprecedented lawsuit against the Federal Housing Finance Agency (FHFA) and its acting director, Ed DeMarco, for illegally withholding at least $382 million from the National Housing Trust Fund since it was established by Congress in 2008.

Senators Baucus and Hatch have stated they want to start from a “blank slate” on comprehensive tax reform, eliminating all tax expenditures (AKA tax breaks or loopholes) and only putting back in those that can be defended as:
1.    Helping to grow the economy
2.    Making the tax code fairer
3.    Effectively promoting other important policy objectives 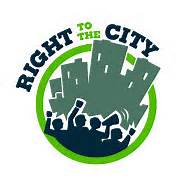 Simultaneous to the push for Senators to promote the United for Home Mortgage Interest Deduction reform proposal, NLIHC joined Right to the City in filing a lawsuit in the U.S. District Court for the Southern District of Florida to enforce FHFA and DeMarco to allocate $382 million to the National Housing Trust Fund, as specified in the 2008 Housing and Economic Recovery Act, the legislation that established the National Housing Trust Fund. Right to the City is a national alliance of 50 grassroots organizations in 17 cities. Its major campaign, the Homes for All campaign, unites renters, public housing occupants, homeless families and underwater homeowners to fight for affordable housing.

The 2008 Housing and Economic Recovery Act required that Fannie Mae and Freddie Mac contribute a portion of their revenue—0.04 percent of every dollar in new mortgage purchases—to the National Housing Trust Fund. As a result of the 2008 financial crisis, however, the FHFA suspended its contributions. In 2012, the FHFA reported $28 billion in record-setting profits, but have yet to contribute to the fund. $382 million would represent the largest new investment to housing for the lowest income Americans in more than 30 years.

For more resources related to the United for Homes campaign, go to www.unitedforhomes.org!

NEXT Revenue Victories in Florida, Minnesota, Washington, Ohio and District of Columbia