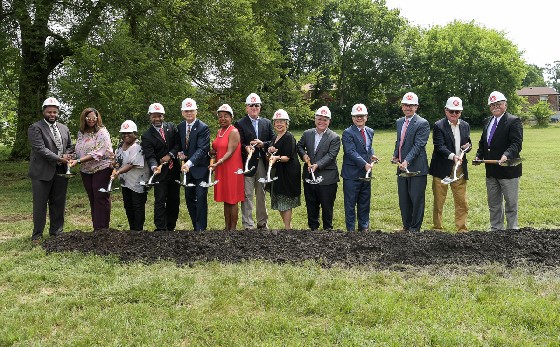 Despite a budget shortfall, new Nashville Mayor David Briley restored the $10 million in annual funding for the Barnes Fund for Affordable Housing after a push from advocates to keep housing as a priority in the 2019 budget.  As one of the main priorities of former Mayor Megan Barry, the Barnes Fund was well capitalized with a dedicated revenue source. However, Barry’s resignation, due a political scandal, coupled with the budget shortfall caused in large part by miscalculated revenue projections put the Barnes Fund in danger of the chopping block. Promising to raise no new taxes, Mayor Briley initially made the funding contingent on the sale of public properties, but reversed that decision after public pressure.

The Barnes Fund was established in 2013 after nearly a decade of organizing and advocacy. Named after housing activist Reverend Bill Barnes, the Barnes Fund provided or pooled financing to build or preserve 1,300 homes and apartments affordable to people with incomes at or below 60% Area Median Income for renters and 80% AMI for homeowners. The trust fund was initially capitalized with a one-time investment of $3 million. After continued organizing and advocacy in 2015, Nashville Organized for Action and Hope (NOAH), a faith-based coalition of multi-racial and interdenominational congregations, led a successful effort to get a dedicated revenue source. Nashville invests a penny from the tax collected from AirBnB hosts into the trust fund. Additionally, former Mayor Barry promised to invest $10 million annually in the Barnes Fund as well as invest $25 million in general obligation bonds to buy low-income housing and build affordable housing. Building off of these victories, NOAH was beginning an even bigger push to pressure Barry to commit to creating a $775 million dedicated housing fund to cover the expected affordable housing shortfall of 31,000 homes by 2025.

Unfortunately, the progress was derailed with Barry’s resignation and, miscalculations in revenue forecasts after a 2017 property reappraisal and the city’s failure to increase the historically low property taxes led to a $34 million budget shortfall.

As new Mayor David Briley took office, he proposed a budget that raised no taxes and tied the Barnes Fund to the sale of an old firehouse and a vacant Metro Works building. The uncertainty of the funding halted the Barnes Fund’s fall round of grants. Advocates and non-profit service providers heavily criticized the decision. Bettie Kirkland, Executive Director of Project Returns which houses formerly incarcerated people, said, “The availability of funding translates into housing, affordable housing, for people who need it…The non-availability of funding conversely translates into an increase in homelessness. And so that’s the choice that gets made through this budgeting.”

Advocates were able to successfully push Mayor Briley to reverse the proposal to tie the funding to the properties’ sale. A spokesperson for the mayor said it has agreed to “remove the contingency that connects Barnes funding to the sale of these properties“. However, the housing community must remain vigilant to ensure that funding for the Barnes Fund continues that the $10 million level.