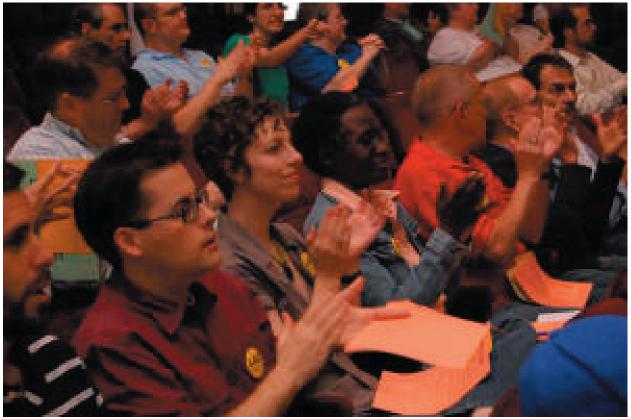 In the latest step in a statewide campaign to secure additional funding for affordable housing in the state, the Illinois Housing Development Authority has issued a Request for Applications to identify participants for its Permanent Supportive Housing Development Program. The PSHDP, which is targeted to serve extremely low income (ELI) households headed by people with disabilities and those who are homeless or at risk of homelessness, will draw on funding that was approved in the state’s 2009 capital budget.

“IHDA’s release of the RFA is a critical step as we push to prioritize the distribution of funds authorized in the capital budget to affordable housing,” said Bob Palmer, Policy Director of Housing Action Illinois. “The responses to the RFA will demonstrate that the demand for funding and the capacity to use it are there in the community.”

In July 2009, Governor Pat Quinn signed into law the state’s first capital budget that included funding for affordable rental housing. The victory was the result of two years of organizing and advocacy by a strong coalition of orga-nizations, including Business and Professional People for the Public Interest, the Chicago Coalition for Homeless, the Illinois Housing Council, United Power for Action and Justice, and Housing Action Illinois.

During the campaign, the coalition conducted an analysis which demonstrated that plans were then in place to start work almost immediately on 3,585 affordable homes and apartments across the state, with a total development cost of $756 million, a stark contrast to the $25 million that had originally been pro-posed by the Governor; the April 2009 analysis was a key factor in the eventual designation of $130 million to affordable housing in the state’s $31 billion capital budget.

In October 2010, the Board of the IHDA approved the first installment, $17.5 million of the capital budget funding was approved for housing in six projects that will support people with disabilities moving from institutions to community-based housing. The state’s allocation of capital funding is helping to settle three lawsuits against it for institutionalizing residents with disabilities into nursing homes rather than providing community-based housing options.

With the Permanent Supportive Housing Development Program, IHDA is looking to further expand housing options for households headed by persons with disabilities, as well as for house-holds that are homeless or those at-risk of homelessness who can benefit from supportive services in order to maintain their housing. Accordingly, projects proposed to participate in the PSHDP must target at least 10% of units to ELI households headed by people with disabilities or those who are homeless or at risk of homelessness, with priority given to proposals that serve a greater number of ELI families.

A range of project types can be funded through the PSHDP, including acquisition, new construction, redevelopment or rehabilitation of vacant units, or adaptive reuse of non-residential properties. Age-restricted housing and rehabilitation of currently occupied units may not be considered for funding. Non-profit, for-profit, and joint-venture developers/owners are eligible to apply for funds.

Permanent supportive housing units may be provided in a range of settings, including but not limited to: 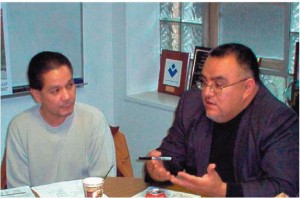 The Resurrection Project staff talk to Representative Edward Acevedo about including affordable housing in the capital budget.

Under the terms of the RFA, IHDA will evaluate each proposal to determine which Authority-administered funding source or sources are most appropriate. Potential sources include grants through the Build Illinois Bond Program, Illinois Affordable Housing Trust Fund and HOME grants or loans, Illinois Afford-able Housing Tax Credits, bonds or other loan, grant or operating subsidy programs.

Priority will be given to Projects that:

As the state proceeds with the sale of bonds to generate capital funding and selecting the types of projects to finance, the results of the RFA will help bolster the coalition’s work to ensure that funding for affordable rental housing is identified and released early.

“Decreasing resources from the state’s Affordable Housing Trust Fund and a decline in the value of federal Low Income Housing Tax Credits have made it harder than ever for developers working to create affordable housing. Access to new financing from the capital budget is critical to moving forward to meet the housing needs of the state’s residents, and to help to create jobs to alleviate the economic crisis,” said Bob Palmer. “We may need new roads, too, but creating affordable housing should be the higher priority.”

I am writing to request the inclusion of an annual $100 million line item in the capital budget, less than 1% of the proposed capital budget, to support the construction and preservation of affordable housing statewide through the Illinois Housing Development Authority.

Illinois has a critical shortage of affordable housing. More than 1.3 million households in Illinois pay more than 35% of their income for housing, leaving too little for other basic necessities.

The lack of affordable housing has severe consequences for Illinois residents: Illinois communities and Illinois businesses. Therefore, we urge you to include $100 million for housing in the capital budget.