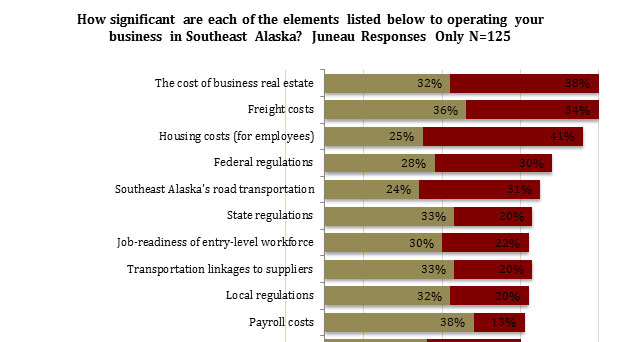 The Juneau Affordable Housing Fund, established in 2010, issued its ﬁrst request for proposals in April, and is now bolstered by a $90,000 appropriation which the Alaska legislature included in its FY12 capital budget. “The legislative appropriation is a positive sign that there is a recognition–especially among our local delegation–that more resources are needed for affordable housing projects in the state,”  credits Scott Ciambor, Affordable Housing Coordinator of the Juneau Economic Development Council.

The City and Borough of Juneau Assembly created the fund and appropriated $400,000 to be used for the creation, acquisition, rehabilitation, or preservation of affordable housing. Preliminary applications for the ﬁrst funding round were due by the end of May 2011.

The purpose of the Fund is to address the shortage of affordable housing in Juneau by providing low and zero-interest loans to nonproﬁt organizations, public housing authorities, and proﬁt-motivated entities that can provide housing for households at 120% area median income and below.

Coordinator at the Juneau Economic Development Council. Each year the Commission sets priorities for the use of the Fund. Round One priorities include:

In Round One, the Commission received four applications. Three projects focused on senior-housing and the other was a permanent supportive housing project for very low-income persons (50% area median income and below). The Commission will meet on July 28 to decide which projects to fund. The ﬁnal step is for the Assembly to approve the funding recommendations.

The Juneau Affordable Housing Fund was created because Juneau does not have enough housing to meet the current demand or to support growth. In the last ten years, 25 units of affordable rental or supportive housing have been added to Juneau’s housing stock. Another 92 single-family affordable homeownership housing units were built during that same period. In 2010, one, three and four bedroom rental homes posted a vacancy rate of zero. Estimates are that 343 new housing units are needed in Juneau.

“Having the JAHF in place is exciting for our community. We’ve realized two key beneﬁts thus far; the availability of an additional development resource for housing and–even more importantly–the establishment of a process that allows for the use of local expertise and stakeholder feedback on projects that will compete for state and federal funding,” shares Scott Ciambor.