With a goal of securing a dedicated revenue source for the Alabama Housing Trust Fund in the 2015 legislative session, the Low Income Housing Coalition of Alabama (LIHCA) is executing a multi-year strategy that includes expanding its core group of allies, increasing the effectiveness of advocates as messengers, and launching a new website and social media presence to support the campaign.

“We are building our base of support for dedicated revenue campaign, and training supporters to be clear and consistent when talking about what investment in the housing trust fund means for Alabama communities,” said Ashley Kerr, LIHCA’s director. “If we connect with people on this now, they and will serve as our advocates in their respective communities and with elected officials leading up to 2015. With our advocates’ support, I am confident in our ability to secure dedicated revenue in the 2015 legislative session.”

The Alabama Legislature established the Alabama Housing Trust Fund in 2012 in order to meet the housing needs for working families, seniors, persons with disabilities, victims of domestic violence, veterans, people experiencing homelessness, people with HIV/AIDS, and other households living at or below 60% of the area median income (AMI). The trust fund legislation requires that at least 50% of the funding will provide housing affordable to households at or below 30% AMI.  There is also a requirement that at least 40% of the funding serve households in rural communities.  The legislation states a preference for making funding awards to nonprofit developers.  Unfortunately, the 2012 legislation did not include any funding. 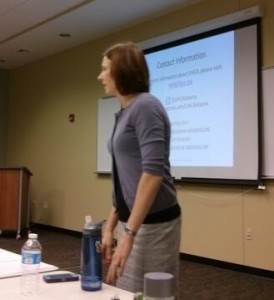 LIHCA and its allies have identified the 2015 Legislative Session as the best opportunity to secure a dedicated revenue source for the Alabama Housing Trust Fund. Every member of the Alabama Legislature is on the same four-year election cycle, and 2014 is an election year. In recent history, revenue bills fair best in first year of the quadrennium.

Though a coalition comprised of LIHCA, Alabama ARISE, AARP and Habitat for Humanity had success passing the legislation that established the Alabama Housing Trust Fund in 2012, the consensus was that that passing a revenue bill would require new allies, a compelling message, and a louder, more concerted voice from the field.

In August, LIHCA convened a new campaign steering committee that includes private developers, children’s advocates, homeless advocates, a community foundation, as well as LIHCA’s core allies from the 2012 campaign.  The role of the steering committee is to develop and oversee a campaign strategy that includes identifying a revenue source, gaining organizational endorsements, and building legislative support.

LIHCA’s strategy for increasing the effectiveness of advocates as messengers for the revenue campaign began with focus groups and statewide polling to test messages about housing and its relationship to opportunity, responsibility and reward for work.  From the public opinion research, LIHCA identified three lead value frames for the campaign:

Every child deserve a place to call home

The men and women who defend our country deserve to return to a safe, affordable home

The public opinion research indicated that third message generates equivalent support when adjusted to read Retirees and those with disabilities on fixed incomes should be able to pay rent and still be able to put food on the table. 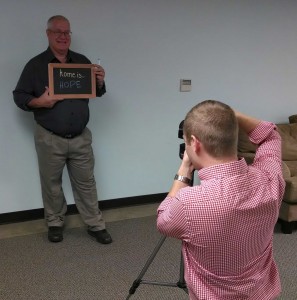 Home is Hope for LIHCA Board Chair Art Pearce

Equipped with the lead values based messages, in late September, LIHCA launched its “Messaging Matters” tour to train advocates to become effective messengers for the campaign.  The training is a two and half hour workshop during which advocates are presented the lead messages and introduced to new tools to help them make the case for state investment in homes. The trainings provide plenty of time for practice. The tour began September 30 in Montgomery, followed by two sessions in Mobile, and one in Decatur. Forty-seven LIHCA supporters and allies attended the October sessions.   The Messaging Matters Tour will visit Birmingham on November 8, followed by a session in Tuscaloosa.

LIHCA plans to activate its newly trained speakers for legislative outreach in late 2013.  To support the legislative outreach, LIHCA is launching a website in early 2014 that will have campaign materials and information about the Alabama Housing Trust Fund and the revenue source legislation. In addition to having written materials, the website will feature photos of Alabamians holding hand written statements about what home means to them.

NEXT Massachusetts Doubles Down: Legislature Invests in Continued Success of Housing Trust Fund 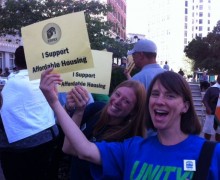 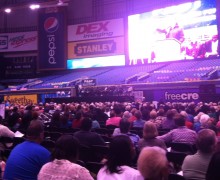 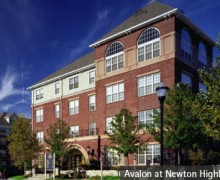 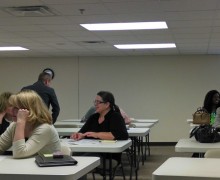 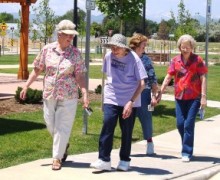 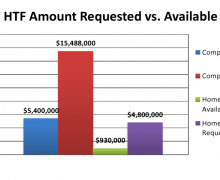