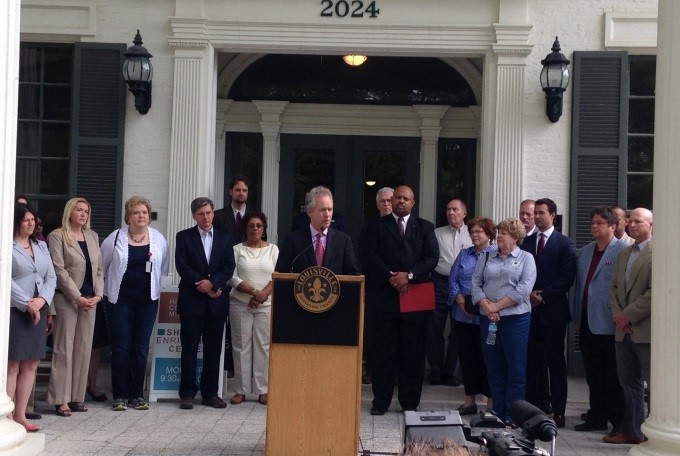 Advocates throughout the metropolitan area have pushed for dedicated funding to support the Affordable Housing Trust Fund for years with a goal of securing $10 million annually.  Current efforts have been advancing the possibility of a 1% insurance premium tax for the trust fund.  The faith-based community group Citizens of Louisville Organized and United Together (CLOUT—an affiliate of the DART Network) has invested more than ten years of concerted action to reach this goal.  Other community organizations have been actively engaged in this campaign, including Metropolitan Housing Coalition, the Coalition for the Homeless, in partnership with more than 100 organizational endorsers.

“Louisville CARES is a significant step in addressing the affordable housing shortage in Louisville,” said Rachel Hurst, Executive Director of LAHTF. “It reflects the hard work of the Trust Fund to create and model a program that is worthy of further investment. The Fund is working with the city to ensure that the program design continues to keep the elements that make housing trust funds successful- flexibility and quick response time.”

Louisville CARES will focus on housing opportunities for families who are paying more than half of their income on rent.  The initiative is basically a revolving loan program of $10-11 million available to nonprofit and for-profit developers to support multi-family housing opportunities across the city.  One million dollars have been set aside to purchase land for housing near major employment centers.  The loan pool will be administered by Develop Louisville’s Office of Housing and Community Development, with support and advice from the Affordable Housing Trust Fund, particularly in developing parameters for reviewing applications and issuing loans.  Funds for Louisville CARES come from $1.3 million in general fund revenues, as well as, a $10-11 million bond to be paid off over 30 years.

“This funding source is a good start, the discussion and goal of providing affordable housing for our working families will continue to be a top priority for the Council,” said Metro Council President David Tandy. “As President, I will continue to work with the Mayor, the Affordable Housing Trust Fund and community advocates to address the future housing needs of our city.” 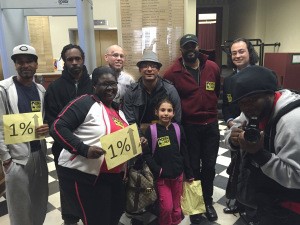 Councilman Tandy also stated that Metro Council members are supporting the Trust Fund in exploring the economic impact of establishing a dedicated source of revenue, as providing more affordable housing options in Louisville will remain a top priority.

The Louisville Affordable Housing Trust Fund facilitates the development and rehabilitation of decent, affordable housing by making grants and loans, providing technical support, and enabling builders and developers to construct affordable housing with less financial risk.  Currently funds are available for short-term loans to support rehabilitating vacant and/or abandoned property into affordable homes for people with low incomes and for downpayment and closing cost assistance, as well as development subsidy, for homeownership for low income first-time homebuyers. Both for-profit and nonprofit affordable housing developers are eligible to apply for funds.  Recent recipients of funds have included Heritage Green Development, The Fuller Center for Housing, Habitat for Humanity of Metro Louisville, River City Housing, and the Housing Partnership, Inc.

“Not only will the AHTF help seniors, veterans, and the disabled secure the dignity of a safe and decent home, it will generate hundreds of jobs and bring in millions of dollars of outside investments into Louisville that we are currently missing out on,” said Bev Duncan, Co-President of CLOUT and Chair of CLOUT’s Affordable Housing Committee.

NEXT Advocacy Works Wonders in Washington