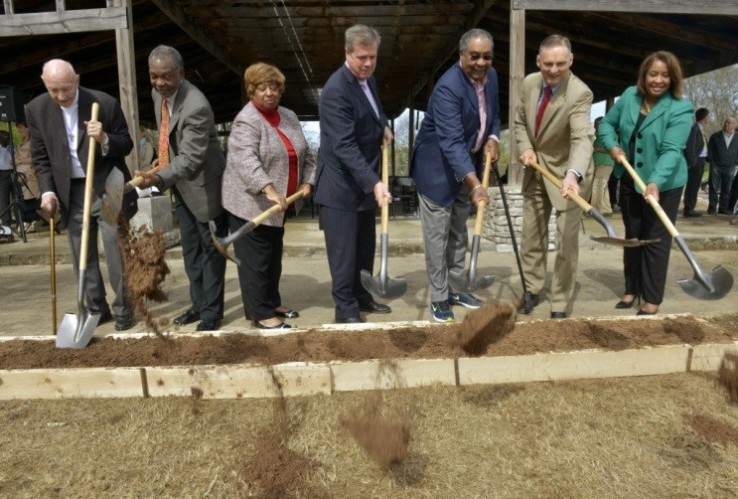 The Nashville Metro Council approved dedicated revenue to support the Barnes Fund for Affordable Housing from a penny of the tax that Nashville collects from Airbnb hosts across the City.  In addition, the Council approved $5 million from the sale of Nashville’s old convention center as a one-time addition to the Trust Fund.

The Barnes Fund was launched in 2013 with an initial $3 million from unused grant funds set aside for housing. In its second year, a one-time allocation of $500,000 was made from General Fund revenues. The Fund makes competitive grants to nonprofit housing developers to increase affordable housing options for Nashvillians.  Grants include funding for renovation or construction of affordable homes and other efforts to encourage affordability.  Requests for proposals are available from the Metropolitan Development and Housing Agency.  Metro government contracts with The Housing Fund, Inc (THF) to manage and administer the Fund.  Metro Council also established the Metropolitan Housing Trust Fund Commission to oversee the fund. Called the Barnes Housing Trust Fund in honor of Rev. Bill Barnes, a Nashville minister who has long championed affordable housing and the establishment of such a fund, its primary charge is to ensure affordable homes for households earning less than 60% of the median family income.

In 2014, the initial funding round for the Barnes Fund created 40 affordable rental units for persons with incomes at or below 60% of the median family income. The $2 million investment leveraged an additional $2.5 million in federal and private funds. One half of the units were for persons with special needs.

NOAH, A VOICE, and nonprofit developers in Nashville are celebrating a commitment of city funds to the Barnes Fund for Affordable Housing.  Over the course of three council votes, advocates  filled the Council chambers, participated in multiple District Council Candidates meetings, and won the support of the Mayor who participated at a recent groundbreaking for affordable homes by Urban Housing Solutions, supported by the Barnes Fund.  A VOICE is an alliance of Nashvillians interested in creating and articulating a communal voice to encourage elected officials to strengthen and increase their commitment to provide economic relief for those in need.  A VOICE hosted a community forum in March and a call-to-action to support funding for the Barnes Fund.  NOAH (Nashville Organized for Action and Hope) is a faith led coalition comprised on multi-racial and interdenominational congregations, community organizations, and labor unions that work to give voice to traditionally marginalized people.  NOAH provides the opportunity to act as a unified voice in the public arena.  The collaboration of these advocates working together to advance funding for the Barnes Fund over many years underscores that their strategy of “we are not going away” can be victorious!!

NEXT Historic Victory: $100 Million for Affordable Homes in Washington DC