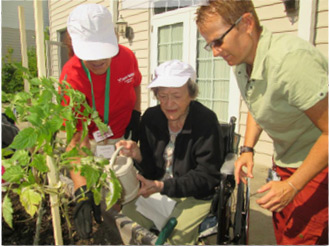 The Court’s ruling means that some $200 million collected through the local trust funds are protected and will be available to help build homes for lower-income households, people with disabilities, and seniors on fixed incomes.  In 2008, the Legislature amended the state Fair Housing Act saying that towns must give the money to the state housing trust fund if they fail to use it within four years.  Governor Christie argued that towns waited too long to use the funds and tried to divert the money into the state’s general fund.  In response to earlier court rulings, approximately $40 million of the nearly $200 million in trust funds the state attempted to seize were protected last year, but the state never adopted clear standards for the rest of the funds. It was argued that municipalities had not been given a fair chance to spend the funds because COAH never wrote rules directing how the money would be spent … and the court agreed.

“Towns and non-profits throughout the state can now move ahead with plans to build homes we need. Thousands of homes will be built and rehabilitated using these funds,” said Kevin D. Walsh, the attorney who argued the appeal for the Fair Share Housing Center.

As a result of a series of New Jersey Supreme Court decisions, referred to as the Mount Laurel rulings, the NJ Fair Housing Act was passed in 1985.  Municipal land use regulations that prevent affordable housing opportunities were ruled unconstitutional and the Court ordered all New Jersey municipalities to plan, zone for, and take affirmative actions to provide realistic opportunities for their fair share of the region’s need for affordable housing for low and moderate income households.  Local jurisdictions are permitted to levy residential development fees to raise funds for affordable housing. The Fair Housing Act also created the Council on Affordable Housing (COAH) to assess the statewide need for affordable housing, allocate that need on a municipal fair share basis, and review and approve municipal housing plans aimed at implementing the local fair share obligations.

In a recent unanimous decision, the New Jersey Supreme Court reaffirmed that no town in New Jersey may exclude working families, low-income seniors, and people with special needs.  The Court’s decision responds to the failure of the Christie Administration and the Council on Affordable Housing (COAH) to comply with a court order issued in September 2013 requiring the adoption of rules that implemented the Mount Laurel doctrine.

The court’s decision allows municipalities that had previously been participating in the fair housing process before COAH to file actions before the courts within the next 120 days to seek review of their municipal housing plan in the court process, with participation by interested parties such as civil rights organizations, supportive housing organizations, and non-profit community groups.  If those municipalities do not file within that time period, then any party seeking fair housing opportunities in that municipality may file. Because the COAH process is not working, the Court held that “the courts may resume their role as the forum of first instance for evaluating municipal compliance with Mount Laurel obligations.”

The motion was filed by the Fair Share Housing Center, in October 2014, and asked the Court to find that because the Christie Administration has failed to follow the Court’s orders, trial courts rather than COAH will be responsible for implementing the Fair Housing Act. The Court directed lower courts to base their review on prior rules and decisions that have led to more than 65,000 homes being built affordable to lower-income families, seniors, and people with special needs. The Court also recognized the importance of moving forward quickly and avoiding unnecessary delay.

Even before the standstill the opinion addresses, New Jersey Future, the American Planning Association-New Jersey Chapter, and the Housing and Community Development Network of New Jersey had filed a friend-of-the-court brief calling for an end to the prolonged wait for COAH to fulfill its duties.  This opinion sets in place a process for hundreds of New Jersey towns to prepare plans showing how they will meet their affordable housing obligations.  They have to share that information with the trial courts in their counties starting in June 2015 and have plans prepared for the public and judges to review by the end of 2015.

The Fair Share Housing Center is now offering trainings statewide, on the web or in person, so communities can learn how to be part of the process. The trainings focus on how to advocate with municipalities so that they will comply with the law in ways that help working families, people with special needs, and seniors.  The Center will help strategize about how to come together to encourage municipalities to provide the hundreds of thousands of homes that should be built and rehabilitated over the next decade.  More information and a flyer are available here.

The Housing and Community Development Network of New Jersey and the Supportive Housing Association hosted an exclusive presentation by the Fair Share Housing Center which is now available for purchase.  Proceeds are donated to the Fair Share Housing Center to support their work.  In this presentation, FSHC offers: a review of the Court’s ruling and a history behind the decision; next steps community and special needs developers should consider; and potential challenges in the process.  Click here to purchase. 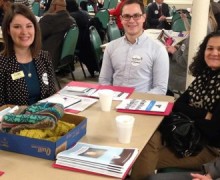 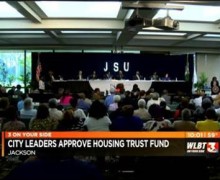 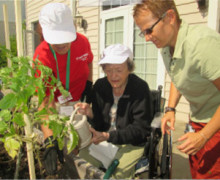 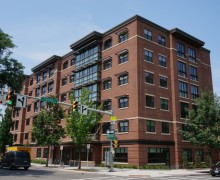