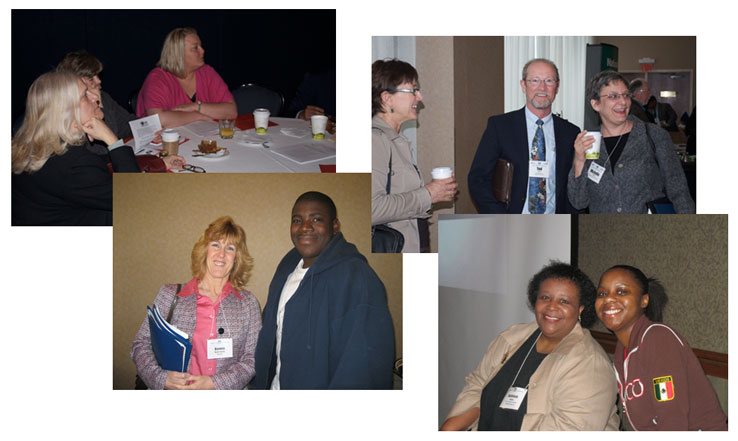 The Coalition on Homelessness and Housing in Ohio (COHHIO) released a new study in March, “The Economic and Job Creation Impact Study,” that shows just what an economic engine the Ohio Housing Trust Fund has been for the last four years. “This study conﬁrms what we’ve long known,” said Bill Faith, Executive Director of COHHIO. “Investments by the Trust Fund create public/private partnerships that bring new dollars into local economies while helping seniors, people with disabilities and our most vulnerable populations. It’s a win/win business model.”

The study, conducted by real estate research ﬁrm Vogt Santer Insights concludes that between 2006 and 2009, the Ohio Housing Trust Fund fueled Ohio’s economy by an estimated $2.6 billion with associated earnings of more than $829 million for almost 32,000 workers. At the same time it pumped up the economy, it tended to the housing needs of the state’s most vulnerable population.

The purpose of the study was to estimate what the total impact the funds and associated developments supported through the Ohio Housing Trust Fund represent within the Ohio economy. As would be expected, investment in affordable housing has a tiered impact. For example, when money is spent on housing development, it pays for the labor and materials. This is known as direct economic impact.

The money spent on development also helps keep the manufacturer of the materials in business as well as the consumer outlets where the laborers spend their money (grocery store, gas station, clothing stores). This is known as indirect and induced economic impact. The summation of direct, indirect and induced expenditures results in a phenomenon referred to as the multiplier effect.

Each dollar the Ohio Housing Trust Fund awards results in an overall impact of $14.54 because the awards attract other funds and their collective infusion into the regional economy results in direct, indirect and induced expenditures in many industries.

Different activities generate different levels of economic impact. Housing Development contributed the highest total investment amount, has the most projects, but it also produces the highest return on investment. Investments made by the Ohio Housing Trust Fund in housing developments managed to attract other sources of funding most efﬁciently—each dollar of investment returned $23.28 to Ohio’s economy.

To address Ohio’s housing needs, Ohio’s housing advocates, led by the Coalition on Homelessness and Housing in Ohio, began a campaign to improve housing conditions throughout Ohio. The campaign’s ﬁrst success came in 1990 when Ohio voters approved Issue 1, a constitutional amendment making housing a public purpose. During the following year, the Ohio Legislature passed implementing legislation (House Bill 339) to establish the Ohio Housing Trust Fund and an Advisory Committee to work with the Ohio Department of Development to administer the Fund.

For the next twelve years, the Fund’s allocation level ranged from $5 million for a biennium to $20 million for one year. In 2002, the Department of Development created a Taskforce and in June 2003, the Ohio Legislature responded to their recommendations and the endorsements of more than 900 governments, businesses, and organizations to increase the recordation fees as a permanent, dedicated funding source for the Ohio Housing Trust Fund. In the 2010-2011 Ohio Biennium Budget, the Ohio Legislature appropriated $53 million each year to the Ohio Housing Trust Fund.

While Governor John Kasich recommended full funding for the Ohio Housing Trust Fund in the budget released March 15, 2011, there are competing demands for the funds being expressed primarily by County governments.

Support for the Trust Fund is strong. The Governor has stated that while he wants to make big changes, he does not want to do harm to the state’s most vulnerable citizens. While there may be potential changes to Medicaid, there is interest in moving away from institutional care to community based care. These are people who will need access to affordable housing in the community and without this, proposed changes cannot work. The Housing Trust Fund is funded through the Trust Fund Fee–a dedicated source of funding–not the General Fund.

COHHIO and other housing advocates have been able to use the evidence from the Impact Study to underscore just how important the Housing Trust Fund is to sustaining and building Ohio’s economy and for protecting its most vulnerable residents–combining these arguments is a powerful approach. As Bill Faith has said, “This study demonstrates that we can push the economy forward while locking arms with those most in need of support.”