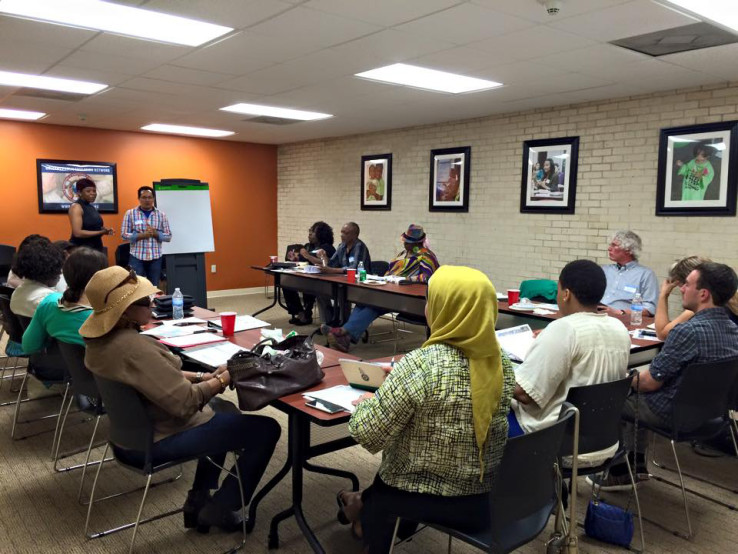 On October 15th, the New Orleans City Council voted unanimously to add specificity to the existing Neighborhood Housing Improvement Fund (NHIF) ordinance, directing that the funding will be applied more clearly toward its original mission starting in 2017.   The NHIF was established in 1991 by New Orleans voters to improve neighborhood housing and combat blight. The NHIF is replenished annually with a .91 mill tax, which is expected to bring in $2.5 million in 2015. Together with money left over from the previous year, about $3.9 million is available for programing in this year’s budget.

Most recently, the money from the fund has been used to pay for code enforcement, supporting city inspectors and attorney costs in addressing blighted structures around the city. The change the council made dedicates the fund to actual home improvements and affordable housing efforts.

New Orleans residents have long complained that blight enforcement unfairly hurts the lower income communities and contributes to displacement when homeowners are forced to sell because they fear foreclosure in the face of mounting code citations.

The ordinance, sponsored by City Councilwoman LaToya Cantrell, will put the focus on helping property owners fix up their houses rather than citing them for code violations. It would restrict spending to activities “that directly result in the production or rehabilitation of homeowner or renter occupied housing that is affordable to low- and moderate-income” residents. The ordinance also states that “neighborhood stability” is to be fostered through “remediation and rehabilitation,” rather than simply the elimination of “unsafe and deteriorating conditions.”

New Orleans, like many cities across the U.S., is facing gentrification and rising rents that are often explained as an effect of the housing market.  Councilwoman Cantrell and advocates counter that those forces are driven by government action as well such as the subtle pressure on homeowners to sell due to multiple code citations.

“By updating the ordinance, we have two tremendous opportunities. First, we can begin to follow the law and use money as intended by voters.” Councilwoman Cantrell said. “Second, we can use this opportunity to tie badly needed resources to affordable housing and special needs housing that are right now being identified in the HousingNOLA Plan.”

The Greater New Orleans Housing Alliance released an in-depth affordable housing report as a part of the HousingNOLA Planning Process. “The preliminary report details the lack of affordable housing that will continue to grow if not addressed. While median income has dropped in our city, the average fair market rent has risen nearly 50% in recent years. The report includes other issues that have caused affordable housing to decrease significantly since the storm, but the final plan due out in November will also provide solutions that the NHIF funding will now also help to address,” Morris said.

Furthermore, the original 1991 NHIF ordinance created an advisory committee, whose members were intended to advise the mayor and council on expenditures from the fund. That committee was never formed, but the new use of the fund will require such oversight.

The changes will take effect in two years, but Cantrell said the Landrieu administration has assured her it’s spending in 2016 will reflect the revised intention of the NHIF.

There are about seven more years on the millage.  Cantrell said. “It would be great if we could show the public we have been good stewards (of the fund), and when it comes time for renewal they would approve it for another 30 years.”

For more information contact the Greater New Orleans Housing Alliance at (504) 821-7235 or info@gnoha.org