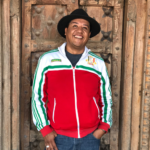 Cesar is a Senior organizer with the Housing Trust Fund Project team. He has been with Community Change since 2014, working primarily with the Economic Justice team as a core member of the Child Care Team. Cesar has supported the work of local partners in states like California, Oregon, New Mexico, and Alabama, the development of our Childcare Changemakers program, and planning of the National Grassroots Assembly for Childcare and Early Learning. Cesar began working with the housing team to advance the expansion of the state resident networks in 2020. Cesar currently resides in Oxnard, California. 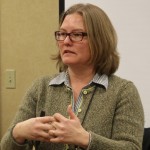 Katy has been an organizer with the Community Change since 2009, including the last eight years as senior organizer for the Housing Trust Fund team. Previously at Community Change, she has worked on the national health care campaign, immigrant rights campaign and jobs campaign as well as being instrumental in developing with Community Change’s state partner, the Ohio Organizing Collaborative, a project call Ohio Movement Builders which works to organize new leaders through a robust training and education program allowing for opportunities of empowerment so that people join the movement for social change.

Katy is based out of Cincinnati Ohio.
Contact: 202-339-9303
kheins@communitychange.org 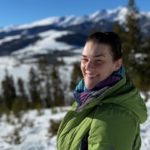 Kayla Gilchrist has been an organizer with Community Change’s Housing Trust Fund Project since 2021. Her role supports the expansion of resident networks as well as the housing justice campaign work of partners in the field.

Before her work at Community Change, she organized for nearly 10 years in South Carolina, where she founded and lead the Midlands Organized Response for Equity and Justice (MORE Justice), as well as in California, Egypt and El Salvador. Kayla has worked with local communities to lead campaigns around racial profiling, gun violence, the criminalization of the mentally ill and the school to prison pipeline. She is passionate about the ability of all people to transform unjust systems and is committed to building grassroots people power to win meaningful change.

Kayla received her undergraduate degrees from St. Louis University in Madrid, Spain and the American University in Cairo, in Egypt. She completed her graduate work at the Monterey Institute of International Studies in California and there earned a MA in Spanish Translation and Interpretation and a MA in International Policy, with a focus on Conflict Resolution and Community Development. 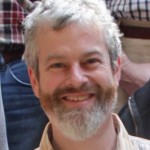 Michael has directed the Housing Trust Fund Project since 2014, providing technical assistance and support to state and local coalitions working to establish and strengthen housing trust funds that dedicate public revenue to creating and preserving affordable housing for people with the lowest incomes. Michael has particular expertise in effective communication strategies for advancing affordable housing public policy. Michael is based in Portland, Oregon. 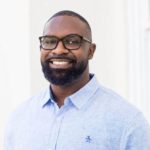 Tyson is an Organizer of the Housing Trust Fund Project. He has over a decade of experience in labor, community, and political organizing. He has led local, state, and national labor advocacy campaigns for the United Auto Workers and the Communications Workers of America. Recently, in the nation’s most food insecure region, Tyson served as Program Director for The City of Jackson, Mississippi’s Jackson Meals Matter summer youth food security initiative and was instrumental in facilitating over 60K meals in the summer of 2019 by providing technical assistance and resources to citywide youth summer meal sponsors. In April of 2020, in response to conditions created by the COVID19 pandemic, he and others founded the Jackson Community COVID Response team, providing over 10,000 meals for Jackson area families in need.

In addition, Tyson served as a community organizer for Virginia Organizing in Richmond and central Virginia and lead the field and digital organizing efforts at the People’s Advocacy Institute in Mississippi. There he provided direction and strategy for issues like mass incarceration, curing violence with credible messenger/violence interruption programs, food justice and security, participatory defense, emergency disaster relief, and electoral justice initiatives. Tyson is also a founding member of the MS Bail Fund Collective and the Mississippi Human Rights Collective.