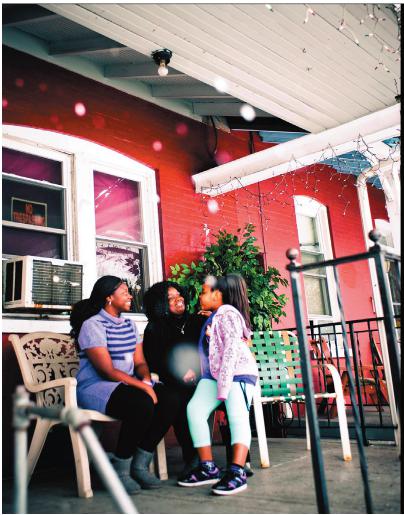 A provision in the Marcellus Shale Impact Fee Law enacted by the Pennsylvania legislature in February will provide the first source of revenue to the Pennsylvania Housing Trust Fund. The Marcellus Shale Impact Fee Law is a broad overhaul of the state’s gas-drilling regulations, including a new fee on drilling companies. The law also addresses environmental and land use issues arising from the drilling.

The Impact Fee legislation has been at the center of an intense debate over how much money Marcellus Shale drillers should be required to pay in exchange for extracting a lucrative resource that has environmental, economic and community impacts on Pennsylvanians living in the Marcellus Shale region.

The housing crisis in communities within the Marcellus Shale region has been particularly acute for many long term residents with limited incomes, including seniors, people with disabilities, and low-wage workers. Although the drilling industry provides an economic boon to a community, those who are most economically vulnerable are being priced out, even forcing some people into homelessness for the first time and others to relocate to more affordable locations, often far away. Funds generated from the new Impact Fee will give communities in the region some tools to provide needed affordable housing.

The fees are imposed at the county level at the option of each county. However, if a county chooses not to adopt an impact fee ordinance, the fee may be imposed county wide by resolutions adopted by at least half of the municipalities in that county or by municipalities representing at least 50% of the population of the county.

Liz Hersh, Executive Director of the Housing Alliance of Pennsylvania, stresses the opportunity the new law provides: “Local communities have the opportunity to determine how to grow their local markets in such a way that everyone benefits. Many counties may not even realize the extent to which the new law could help them address their housing demand and price hikes so that there is new opportunity for local people. We want to make sure this opportunity is not squandered.”

Once the fee is imposed, drillers will submit the requisite amount to the Public Utility Commission (PUC) by April 1 of each year beginning in 2013 (and by September 1, 2012). The PUC deposits the money into the state Treasury which will disburse 40% of the funds to specified programs such as Conservation Districts, the Natural Gas Energy Development Fund, the Fish and Boat Commission, and others. The remaining 60% (minus the amount going to the state Housing Trust Fund) is distributed to the counties and municipalities.

The Pennsylvania Housing Trust Fund was established in 2010 when the Pennsylvania Housing Affordability and Rehabilitation Enhancement (PHARE) Act was passed, after an intensive campaign spearheaded by the Housing Alliance of Pennsylvania. Under PHARE, the state housing trust fund can be used for redevelopment, construction, rental assistance, foreclosure prevention, homeownership counseling, and special needs housing. PHARE did not designate an ongoing dedicated revenue source for the state Housing Trust Fund.

PHARE requires that 30% of the funds benefit households below 50% area median income, and establishes a preference for green building standards. PHARE also requires that the Pennsylvania Housing Finance Agency develop a proposed annual plan based on local needs and provide regular reporting on the use of the funds.