Over the last two and one-half years, housing advocates in Philadelphia have waged a campaign to pass legislation enabling the City to increase recording fee revenues dedicated to the City’s Housing Trust Fund. Led by the Philadelphia Association of Community Development Corporations, the campaign was victorious: the legislation was passed and signed by Governor Tom Corbett late in 2011.

The bill will expand funding by at least $3.5 million annually for the Philadelphia Housing Trust Fund. The state authorizing legislation was needed to implement a local ordinance, unanimously approved by the Philadelphia City Council in December 2009 and supported by Mayor Michael Nutter, which increases the local deed and mortgage recording fee by $30 and dedicates it to the Trust Fund.

The Pennsylvania House passed the legislation in April and the Senate approved the authorizing legislation (HB 639), introduced by Rep. John Taylor, to expand dedicated funding for the Philadelphia Housing Trust Fund.

“PACDC led a campaign to create the Philadelphia Housing Trust Fund six years ago to expand housing opportunity, but the economic decline severely limited what could be done,” Rick Sauer, Executive Director of PACDC said. “Even with decreased funding, thousands of families have been able to get a new home, repair their existing home, or avoid foreclosure and homelessness,” he added. 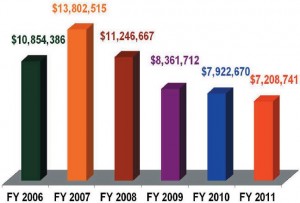 The Philadelphia Association of CDCs is a trade association with 90 member organizations involved in affordable housing and ending homelessness. PACDC is dedicated to advocacy, policy development and technical assistance for community development corporations and other organizations in their efforts to rebuild communities and revitalize neighborhoods. PACDC strives to create a more supportive environment for community development activities and to effectively meet the needs of lower income residents and advance neighborhood revitalization.

When a mortgage or deed is recorded in Philadelphia, a portion of the fee collected goes into the Philadelphia Housing Trust Fund to support quality, affordable homes. Since its inception in 2005, the Fund has:

The Philadelphia Housing Trust Fund was created in September 2005 as a dedicated and ongoing local funding source. The Fund provides resources for the development of new affordable homes, the preservation and repair of existing occupied homes, and the prevention of homelessness. Through these investments the Fund promotes neighborhood stabilization and revitalization. 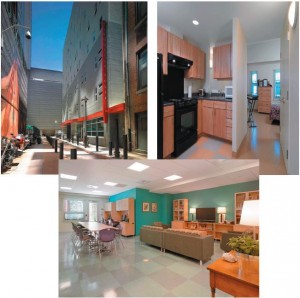 Connelly House is an innovative joint venture between two Philadelphia nonprofit organizations dedicated to serving the needs of the homeless: Bethesda Project and Project H.O.M.E

The Trust Fund serves a range of income levels, with half of the funds targeted to extremely low-income families and individuals and half targeted to low- to moderate-income households earning between 30% and 115% of area median income. The Trust Fund also addresses a variety of housing needs with half of its funds producing new or substantially rehabilitated homes and half supporting housing preservation, home repair and homelessness prevention.

An Oversight Board comprised of public officials and community representatives recommends policies, proposes how funds should be allocated and monitors implementation of the Trust Fund.

PACDC’s perseverance and campaign strategy paid off after the original state legislation died at the end of the 2010 session, despite support of the Realtors Association, a strong editorial in the Philadelphia Inquirer, and research showing that the proposed fee increase would not negatively affect the local real estate market.

The bill was reintroduced in the 2011 legislation session under new House leadership and garnered widespread support from many stakeholders.

PACDC persisted in reaching out to supporters and the bill passed the Sen¬ate in December 2011 and was signed into law on December 22nd by the Governor.

This additional investment in the Philadelphia Housing Trust Fund will positively impact the market and create much needed new housing opportunities for families who are struggling to hang on or to invest in a new home. “The dream of a quality, affordable home is now closer to reality for many Philadelphians,” Sauer added.