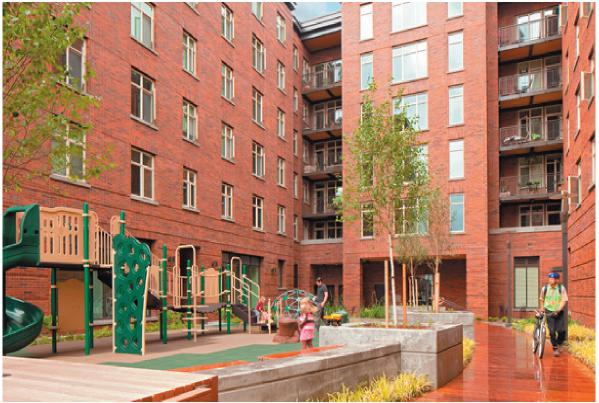 On November 16, 2011, the Portland, Oregon City Council unanimously reaffirmed the City’s commitment to invest a minimum of 30% of Tax Increment Financing in affordable homes and approved several recommendations to improve the Affordable Housing Set Aside.

Established in 2006 after more than a year of coordinated advocacy from the Affordable Housing NOW! Coalition, the set aside commits at least 30% of the revenue generated from urban renewal related tax increment financing (TIF) to meet the greatest housing needs in Portland. Since implementing the Affordable Housing Set Aside in 2006, 33% of TIF funds have supported affordable homes for families, seniors, and people with disabilities, reaching a total investment of $152 million.

“The City Council’s commitment to the 30% Set Aside demonstrates their deep, ongoing support for housing for people the market leaves behind,” said Israel Bayer, director of Street Roots, a nonprofit, grassroots newspaper. “The investments made in the first five years of the set aside have given so many people the opportunity and stability that comes with a home. We often focus on dollars and units, but the real impact of the set aside has been the positive impact on so many people’s lives.”

The action by City Council reaffirms the City’s commitment to invest a minimum of 30% of TIF funds in affordable homes; preserves existing income guidelines prioritizing projects that serve those most in need and existing targets within each Urban Renewal Area; and improves coordination between the Portland Housing Bureau and the Portland Development Commission. Among the recommendations approved by City Council last November were two important clarifications:

Portland City Commissioner Nick Fish, who brought the recommendations to the Council, successfully argued that the intention of the set aside could be met in the aggregate, as some urban renewal districts are more difficult than others in reaching goals to develop affordable housing. Both recommendations came from a Stakeholder Advisory Committee, Commissioner Fish convened in the Spring of 2011.

The City Council also voted to preserve existing set aside income guidelines, which prioritize projects that serve the most economically vulnerable. According to the guidelines:

The Set Aside is calculated as a percentage of total project expenditures in an urban renewal area. Total project expenditures include all capital outlays financial assistance, and materials and services expenses related to qualified affordable housing and community facility projects and programs. The Set Aside does not include administrative and overhead costs in either the numerator or denominator of this calculation, so the Set Aside totals do not reflect the total cost of housing program delivery. 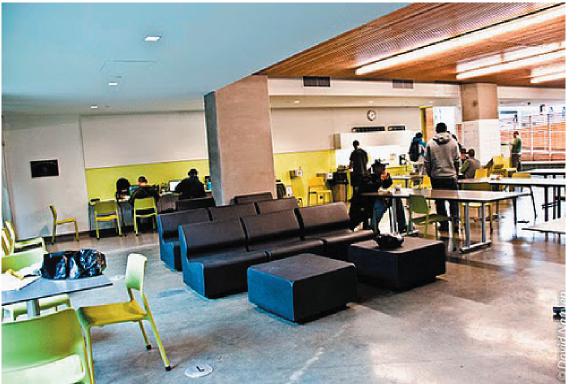 The set aside has made a significant impact in Portland: $29.5 million from the set aside was used in the development of the Bud Clark Commons, a cornerstone of the City’s 10 Year Plan to End Homelessness. The Commons is an innovative partnership between the Portland Housing Bureau, Home Forward (formerly known as the Housing Authority of Portland) Transition Projects, Inc., and Multnomah County. The center will provide vital resources, shelter, and housing placement services to individuals and couples experiencing homelessness in Portland, and it will be the first LEED Platinum building of its kind in the country.

Set aside funds have also been a major funding source for Portland’s ‘11×13’ initiative, aimed at preserving project-based subsidies in eleven privately-owned complexes before their contracts with HUD expire in 2013. Thus far, Portland has been successful in preserving more than 523 apartments in six buildings in Portland, including the Admiral, Walnut Park, the Roselyn, Rose Schnitzer Tower, Uptown Tower and Upshur House. Set aside funds have also been essential to the development of housing for homeless veterans ($23 million), affordable rental apartments and studios ($28 million), and ownership housing ($900,000).

While advocates are thrilled with the extension of the set aside, a new challenge has emerged that will impact future set aside revenues: Portland’s urban renewal districts are projected to produce diminishing TIF dollars beginning in 2012. While this was anticipated, the drop off in funds available to affordable housing creates a problem for Portland, as the current economy fuels increased housing insecurity. According to the U.S. Conference of Mayors 2011 Hunger and Homelessness Report, the number of homeless families in Portland increased by 29 percent this year. The report also showed a 15% increase in families seeking food assistance.

Commissioner Fish, Multnomah County Commissioner Deborah Kafoury and housing and homeless advocates have been meeting regularly to identify an alternative funding source to meet the City’s growing need for affordable housing. The Commissioners and advocates are considering a variety of potential sources, including a voter approved property tax levy.

“What is clear is that we are on the verge of a major crisis where growing need is met with a drastic drop in available resources,” said Bayer. “If we do not act today to replace the TIP revenues, our communities will pay for this tomorrow.”

To find out more about the Affordable Housing Set Aside, go to: http:// www.portlandonline.com/phb/index.cfm?c=45223

NEXT Housing Trust Fund Project Has a New Website!