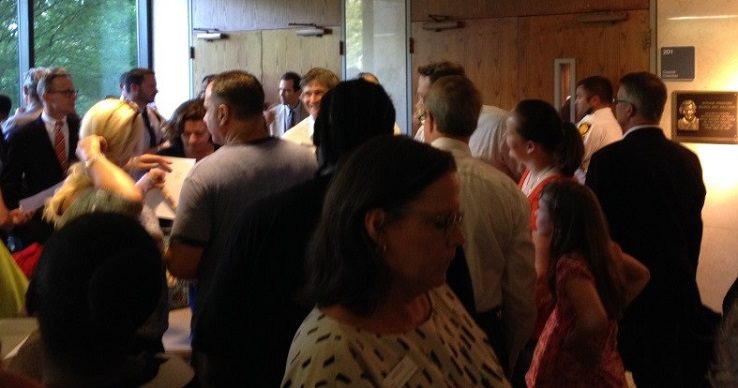 The Raleigh, North Carolina City Council has approved its FY2017 budget which includes the equivalent of a 2 cent property tax rate increase – half of which will go toward Raleigh’s Affordable Housing Plan approved in 2015.  Under the “penny for housing” proposal, pushed by council members Mary-Ann Baldwin and Corey Branch, the city will collect an additional $5.7 million in property taxes each year specifically for affordable housing.

Raleigh’s Affordable Housing Implementation Plan adopted by City Council in 2015 is intended to guide the City’s affordable housing investments through 2020.  The Plan laid out seven options to address the City’s housing needs in a more aggressive fashion, including:  find sustaining sources of funding with a permanent affordable housing funding source.

The City of Raleigh has used general obligation bonds since 1990 to supplement funding available from the federal government for affordable housing.  The most recent was approved by the voters in 2011 for $16 million.  Increasing the supply of affordable homes and revitalizing neighborhoods are major objectives of the City’s Plan.  The percentage of the City’s households who are cost-burdened continues to increase. Samuel Gunter, the director of policy and advocacy at the North Carolina Housing Coalition, says a Raleigh resident would have to work the equivalent of two-and-a-half minimum wage jobs, full-time, to afford an average two-bedroom apartment.

According to the City’s Housing and Neighborhood Department, of the $5.7 million, $5 million will be used to support the creation and preservation of affordable rental homes in areas near employment and transit lines and in downtown neighborhoods. A countywide transit referendum will be on the ballot in November. The remaining $700,000 will support the City’s homeowner rehabilitation program, focusing on Southeast Raleigh.  Low-income homeowners can apply for a zero-interest loan with a flexible payment schedule to make repairs on their homes.  A distinct housing trust fund has not been established, but the funds are targeted to these specific uses and the dedicated public revenue for affordable housing is a first for Raleigh.

PowerUp NC and Habitat for Humanity Wake County advocated for the new investment in affordable housing.  Participating in the City budget meeting, Erika Moss, a field organizer for PowerUp NC said: “The penny for housing tax … helps people in low-income communities to access affordable housing that they’re being priced out of.”    Kevin Campbell, director of Habitat for Humanity of Wake County supported the decision: “It’s a great step, it’s a huge step, in many ways it’s a game changer.”  Estimates are the budget commitment could help produce 125 affordable homes for Raleigh.

Prior to the Council vote during a work session, City Council held their regular meeting to discuss the proposed budget.  Several NC Housing Coalition members spoke in support. The chambers were standing room only and many people waited out in the lobby to have a chance to speak. In attendance were large numbers of firefighters and police advocating for wage increases.  Some of those signs read “We can’t afford to live in the city we protect.”   The NC Housing Coalition provided good coverage in their updates: click here for link.

“Raleigh is growing so fast that the city must preserve housing that teachers, city employees and other working-class residents can afford, “ Mayor Nancy McFarlane said. “We don’t want people to have to spend more than a third of their income on housing. Right now, we’ve got about 30,000 in the city that do that,” she said.