The power of organized affordable housing residents together with staff of non-profit services and housing developers is getting attention from other state advocacy groups.   With the big housing win that culminated in the California Governor signing 15 housing bills in October 2017, Housing California’s Executive Director Lisa Hershey publically recognized the significance of RUN’s (Residents United Network) role in the victory at the signing.   It takes advocacy on all levels to make this kind of historic policy shift.  However, the extra push of organized residents in keeping the drum beat going for affordable housing helped to bring the legislation home.

The energy from the legislative win in California helped propel RUN’s sister organization in Washington State Resident Action Project (RAP) to a highly successful housing summit in October.  Ten RUN leaders went to Washington a few weeks before the summit to support RAP’s summit turn-out.  RAP leaders and staff were inspired by RUN’s newly minted victory. Kristina Nielander, RAP Organizer, sums up it up, “The opportunity to be together with RAP and RUN at the cross train made the potential of RAP in Washington state feel so real given the recent successes and wins of RUN…we got to learn from each other and be inspired by each other’s work, which ultimately helps us to keep fueling our movement.”   RAP held twelve listening session this past summer throughout the state.  At the summit, 80 people from across the state gave policy direction for RAP’s steering committee to shape for the 2018 legislative cycle.

As the news of the successes and the potential for resident organizing spreads, more statewide housing advocacy organizations are interested in how they too could build power with residents to win state affordable housing policies.  Last year, the Housing Trust Fund Project facilitated the participation of RUN and RAP members in the Housing Action Illinois conference as a stepping stone to decisions on how or what organizing could look like in their state.  We took our presentation to the People and Places Conference in D.C. for a successful workshop that generated interest from other states.  We are in conversations with organization leaders from Arizona, Oregon and Vermont as we think what on this model could work for them.

The Housing Trust Fund Project began working with Housing California in 2014 and the Washington Low-Income Housing Alliance in 2016 on resident organizing because each state was not making the policy strides they needed to stem the affordable housing crisis in their state.  It was not the lack wealth, it was the priorities of policy makers.  Couple the lack of political will to fund affordable housing options with the mass foreclosures, out-of-control gentrification, lack of mental health services and high rates of incarceration then we have the perfect storm creating record numbers of people experiencing homelessness and housing insecurity.  From this crisis an urgency has arisen for a different way to move the political will to provide a simple, basic human need: a home.  This new approach was organizing residents along with staff of nonprofit organizations.

There are two main goals for statewide resident organizing work.  The first is to grow the political power of residents in affordable housing, those experiencing homelessness and housing instability in order to build more just communities.  And second is a cultural shift of non-profit housing and service providers so that they can build power WITH residents/clients on an equal playing field.  Through taking the risks of developing resident leaders, providing a mutual and respectful space for action, having the courage to step up to power, together residents and service providers can creatively build a powerful organization that can be a powerful force capable of advancing polices at the local, regional and state level, with a focus on affordable housing.

It is an exciting time for advancing resident organizing.   In California, RUN leaders are gearing up to build more power through the ballot box.  They are planning a robust electoral program in order to pass the bond measure for housing.   RUN plans to use this not only to win the bond, but to build infrastructure.  RAP will be gearing up for its first whirlwind three month legislative cycle.  As RUN and RAP continue to grow, have wins and build power, other states are paying attention. 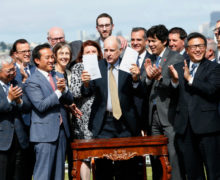 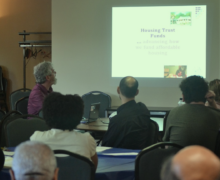 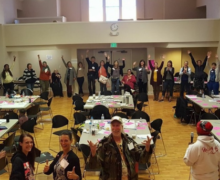