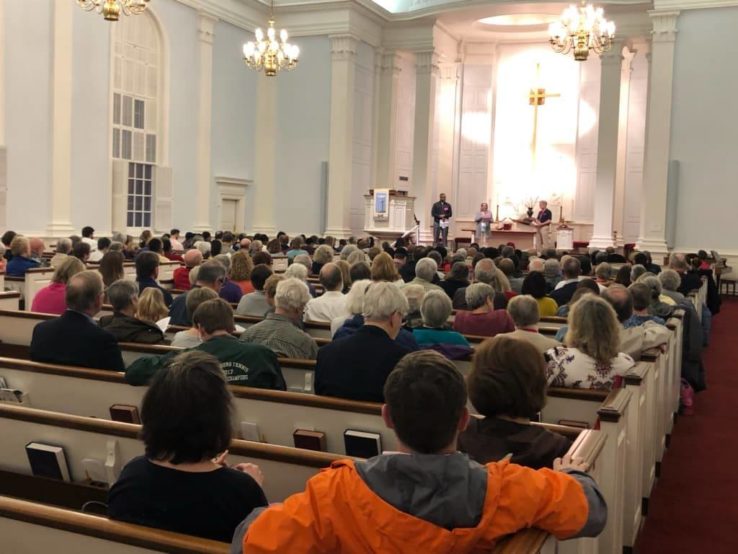 Richmond, Virginia’s city council set aside $2.9 million for the Affordable Housing Trust Fund (AHTF) and launched an eviction diversion program. This was in response to a large public outcry for action and a recent report from Princeton University’s Eviction Lab that Richmond has the second highest eviction rates in the country. This investment is the single largest contribution the City of Richmond has invested in the AHTF since its creation in 2004.

Richmonders Involved to Strengthen our Communities (RISC) led the advocacy effort to secure the funding from the city council and mayor. RISC is a grassroots, faith-based organization that is comprised of 21 member congregations. RISC represents over 5,000 residents of the greater Richmond area. RISC mobilized hundreds of people to participate in it’s annual town hall meeting called the Nehemiah Action Assembly. At this year’s Nehemiah Action Assembly, RISC members demanded elected officials address the affordable housing crisis.

RISC organizer Heather Brannon said in an interview with local television station NBC12 that she’s seen many families experience housing instability and homelessness in Richmond. While working with families while in seminary to become a pastor, Brannon recalled one particular family. “The mother was dying from cancer. The daughter had dropped out of high school to help pay the bills, and obviously it didn’t pay off…(They) lived in their old 96 Toyota Corolla parked behind an abandoned building.”

Richmond took important steps in stemming the tide of evictions of displacement. Though more needs to be done, the political will to take further action exists. At the same time that the City of Richmond made its historic investment, the Virginia Legislature set aside $2.2 million in grants for homeless reduction and a $4 million investment in the state’s housing trust fund. Also, Richmond Mayor said he wants to see 1,500 affordable homes and apartments built in Richmond in his most recent State of the City address. City Councilmember Ellen Robinson is calling for the city to find a dedicated revenue source of at least $5 million annually to ensure that there is a consistent, sustained set of resources. Organizers and advocates have the opportunity to dramatically reshape the livability of their city.