At the end of November 2012, Mayor Edwin M. Lee of San Francisco, California announced the first funding commitments from the City’s Housing Trust Fund passed by San Francisco voters in November 2012.  The Housing Trust Fund provides a permanent source of revenue to fund the creation of affordable housing for low and middle income households over the next thirty years. 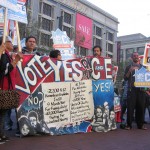 The Housing Trust Fund begins in year one with a general fund revenue transfer of $20 million and increases to $50 million over time.  The Housing Trust Fund will capture revenue from former Redevelopment Agency Tax Increment funds (an example of what is being referred to as “boomerang” funds in post-redevelopment California), a small portion of the Hotel Tax which has been appropriated yearly for affordable housing, plus an additional $13 million in new General Fund revenue from an increase in business license fees.  The consensus business tax reform measure, Proposition E, which also passed on the November ballot, will generate $28.5 million in the first year–$13 million of which will go to fund affordable and workforce housing. It is estimated that $1.5 billion will be invested in affordable housing production and housing programs over the next thirty years.

The first affordable housing project to be considered for funding from the Housing Trust Fund is the long-stalled 55 Laguna Senior Housing project.  The joint venture of Mercy Housing California and Openhouse will request $6.1 million and will provide 110 apartments for low income seniors.  The project has been on hold for eight years due to the downturn in the economy and the lack of local resources. 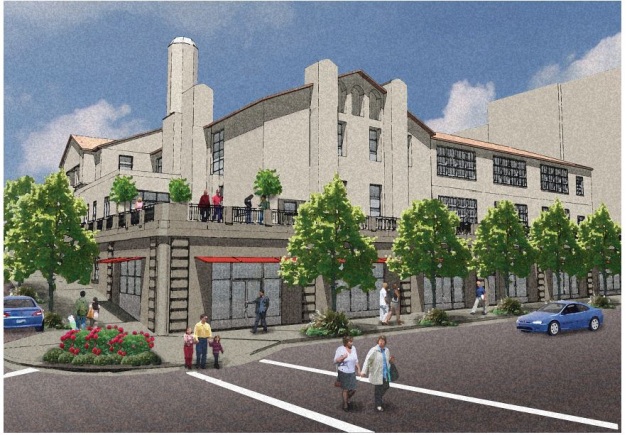 “We are very excited that the City will consider funding this important project to allow us to move toward start of construction in the fall of next year,” said Mercy Housing California President Douglas Shoemaker. “It’s an honor to be the first affordable housing project funded with revenue from the Housing Trust Fund.” 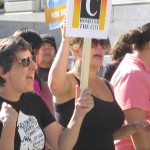 A “big tent” of more than eighty groups came together in support of Proposition C and the San Francisco Housing Trust Fund. They won with 65% of the vote. The San Francisco Council of Community Housing Organizations was central in drafting the measure and coordinated much of the field campaign – a network of affordable housing, social service, and community and labor supporters walked more than 300 precincts and mobilized hundreds of building tenants and grassroots members.  The network included: the Council of Community Housing Organizations, the Human Services Network, the Coalition on Homelessness, SF Rising, Coleman, Causa Justa::Just Cause, Jobs with Justice, the Progressive Revenue Coalition, ACCE, and many others.

The Housing Trust Fund will: