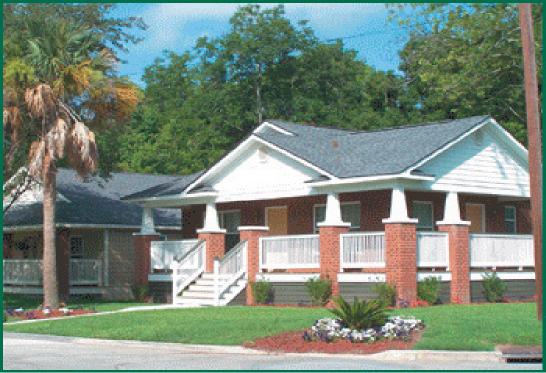 Savannah Mayor Otis Johnson, in the last year of his term in office, and members of the Savannah City Council voted unanimously on November 23, 2011 to establish the Savannah Affordable Housing Fund and appoint an Advisory Committee to begin taking steps to implement the Fund. The resolution commits $150,000 in 2012 to initially capitalize the Fund and expresses the expectation that future City Councils will continue to provide equivalent funds through 2014 for a total contribution of $450,000 for the first three years of the Fund.

Over the last two years, Step Up Savannah has been engaged in a process to create the Affordable Housing Fund. Step Up Savannah, Inc., is a collaboration of organizations, businesses, and government agencies, which seeks to move families toward economic self sufficiency. Step Up, with approximately 100 organizations, began as a task force in 2003 when community leaders decided they needed to look at poverty with fresh eyes. The poverty reduction task force identified key barriers to self-sufficiency and prepared an action plan. This unique partnership among local business, government and non-profit organizations is the result of that work.

The creation of a Savannah housing trust fund has been suggested at least seven times since 2002 in various plans, task force reports, and other strategic plans.

The resolution states that the Affordable Housing Fund will serve as a complementary financing tool allowing for maximum flexibility and local control, leveraging other investments, funding construction and rehabilitation of housing, and providing technical assistance to build local development capacity.

The resolution also instructs the City Manager and the City Attorney to assist an Advisory Committee in developing policies and procedures for the governance and administration of the Fund. This is to include identifying eligible applicants and eligible activities, as well as, securing additional funding. The Advisory Committee is to consist of representation from the Community Housing Services Agency, Inc., Step Up Savannah, Georgia Legal Services, and other appropriate parties appointed by the Mayor and Alderpersons.

The resolution also instructs the Advisory Committee to immediately begin working with the local delegation of the State Legislature to research, develop, and authorize establishment of a Savannah Affordable Housing Fund through required legislation, and identify a long term source of local funding for the Fund, integrating where feasible, with the agendas of the City, Chatham County, the Chamber of Commerce, the Savannah Chatham County Public Schools, the Savannah Economic Development Authority, and Step Up Savannah.

“This is an historic step for the City of Savannah, and for Step Up,” said Robert James, Step Up Board Chairman. “Our organization has been advocating for several years for a housing fund. We are heartened by the Council’s leadership in championing a new way to finance critically needed housing for our community’s working poor.”

Step Up Savannah held numerous meetings and conversations about the development of the proposed Fund and presented key components to the Council during its workshop on the Fund.

The Advisory Committee will begin meeting and taking the necessary steps to implement the Savannah Affordable Housing Fund.