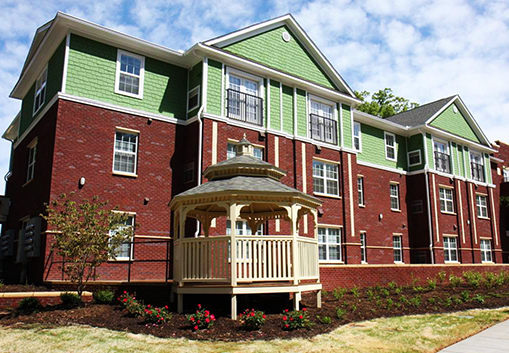 Affordable homes won big at the ballot in North Carolina in the midterm election. Responding to the ever-growing housing crisis, voters in three jurisdictions passed local ballot measures to fund a total of more than $70 million in bond funding for affordable housing in the cities of Charlotte and Winston-Salem and the Orange County.

Charlotte is the most populous city in North Carolina. The city is fifty-five percent people of color with a booming economy mostly centered on the banking industry. Still, housing inequities and homelessness are major problems for Charlotteans. Charlotte has a shortage of 34,000 affordable homes to meet the need of its residents. This past Election Day, voters resoundingly passed a total of $223 million in bond funding by over 68 percent of the vote. $50 million of that funding will go to the Charlotte Housing Trust Fund over the next two years. $55 million will go towards neighborhood improvements and $118 million will go towards transportation. This is the largest bond funding in the city’s history, and part of an initiative called Vote Yes for the City. In 2016 voters passed $219 million in bonds for the Yes for the City trio of transportation, neighborhood improvements and affordable housing, and in 2014 voters passed $146 million bond with $15 million of that funding allocated to the housing trust fund. Community members have been critical how past housing funding has been spent and are urging the city to focus this round of funding to those with the lowest incomes and highest need.

Orange County is home the University of North Carolina at Chapel Hill, one of the prominent institutions of the state. There are not enough affordable homes to meet the rising needs of the county’s residents. A family of four with an annual income of $64,000 cannot afford 75 percent of the rentals in the area. One in five people live below the poverty line. The Orange County Affordable Housing Coalition came together to support a $10 million bond on this past election’s ballot. The coalition won public support through organizing public events like the Souls to Polls rally where they encouraged people to vote for the bond measure. The measure passed by more than 72 percent of the vote. The funding will build 400 new homes and preserve 300 homes while only adding a penny to the property tax rate.

While there is still much more work to be done, one thing is clear: the trend of North Carolina voter supporting local bonds for affordable homes continues expand.

For more information about the Charlotte Housing Trust Fund, contact Zelleka Biermann at 704-336-2482 or zbiermann@charlottenc.gov

For more information about the Orange County Housing Trust Fund, contact the county office at 919-732-8181

For more information on the Winston-Salem Housing Trust Fund, contact Larry Woods at 336-917-6053