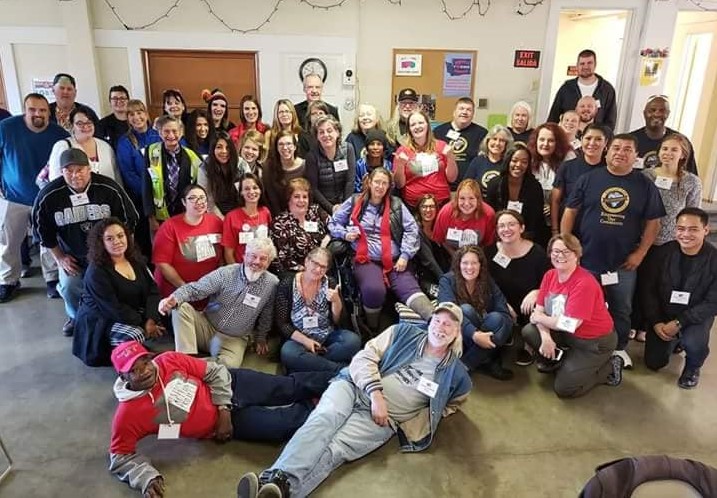 With the housing and homelessness crisis peaking in Washington State and a powerful advocacy effort from the Washington Low Income Housing Alliance and Resident Action Project (RAP), the Washington Legislature took several historic steps to deal with the housing affordability and homelessness crisis, including a $150 million investment in the state’s Housing Trust Fund. Like many states in the country, Washington is experiencing an unprecedented economic boom. However, the prosperity is not equitably benefitting many in the state. Over 22,000 people are currently experiencing homelessness (source). 83 percent of extremely low-income families and households are rent burdened, meaning they are paying more than 30 percent of their income to housing (source). A disproportionate amount of people experiencing the crisis are people of color and women.

With revenue projected to be twenty percent higher in the 2020 budget cycle, the Legislature took the opportunity to invest $150 million into the state’s Housing Trust Fund. This represents the highest investment the legislature has made since prior to the Great Recession. The Washington Housing Trust Fund is one of the first state housing trust funds in the country. It is administered by the state’s Department of Commerce. It awards nonprofit housing developers, local and county housing authorities, indigenous tribes, and local governments up to $3 million in funding for projects that build and preserve housing for people making 80 percent area median income and below. In total, the Washington Housing Trust Fund has granted over $1 billion in funding to build and preserve 50,000 affordable homes.

In addition to this investment, the Legislature also passed a slew of legislation to address the homelessness crisis in the state. One piece of legislation allows local municipalities to recapture portions of sales taxes collected in their jurisdiction to be allocated towards building affordable and supportive housing. Two bills protecting tenants and preventing evictions also passed the legislature and went into law. The first extends the time tenants have to catch up on late rent from three to 14 days before being evicted. The second increases the time landlords are required to give notice to tenants before rent increases from 30 to 60 days. These last two are especially important because evictions were found to be one of the leading causes of homelessness according to a study conducted by the Seattle Women’s Commission (source).

The Housing Alliance and RAP led the organizing and advocacy effort that won these historic victories. Employing an “inside/outside” advocacy strategy, the Housing Alliance worked with lawmakers and key stakeholders to negotiate the terms of the legislative wins inside the state capitol while RAP built strong community support for these priorities in key legislative districts across the state. As a project of the Housing Alliance, RAP is a network of residents of affordable housing and non-profit housing providers who are organizing to get more affordable homes and end homelessness in Washington state. RAP members met with their lawmakers, testified at the capitol, participated in phone banks, coordinated twitter actions to show broad public support to legislators, put together press conferences, and led a host of other activities that built power and demonstrated strong public support for addressing the housing crisis.

For more information on the advocacy and organizing effort, contact Rachael Myers, Executive Director of the Housing Alliance, rachael(at)wliha.org, 206-442-9455 ext. 202