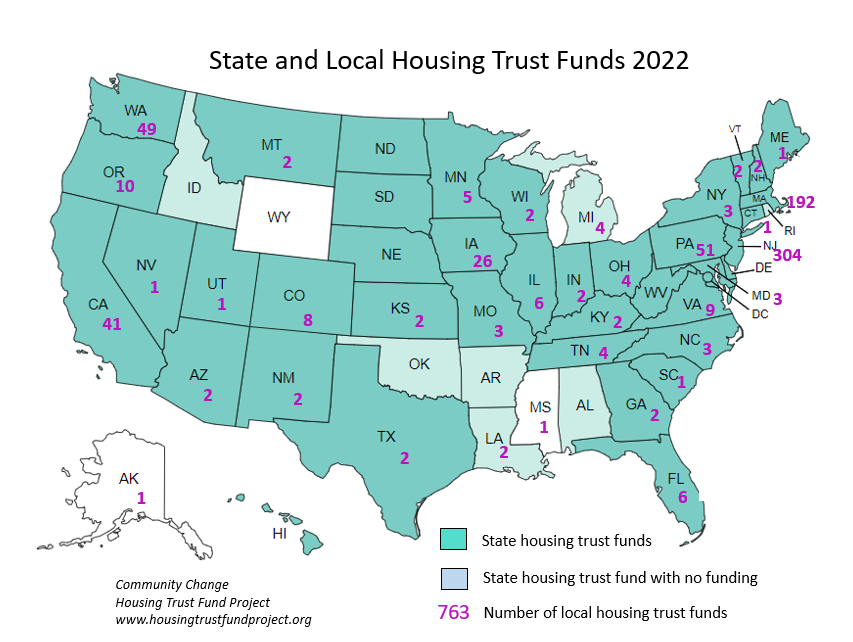 Housing trust funds are established by elected government bodies—at the city, county or state level—when a source or sources of public revenue are dedicated, by ordinance or law, to a distinct fund with the express and limited purpose of providing affordable housing.

Ideally the funds are transferred automatically each and every year into the housing trust fund account providing a continuous stream of funding, without going through an appropriation or budgeting process. Ideally, the funds can be used only in accordance with the enabling legislation or ordinance establishing the fund, targeted to serve those housing needs that are most critical. But these ideals are not possible in every situation, legally or politically.

The Housing Trust Fund Project advances the concept that a housing trust fund is created when public revenue sources are dedicated to this distinct fund.  States may have constitutional or procedural issues that impact both whether and how this can be done–at the state level and at the city or county level.  Where legal barriers exist to dedicating public funds to a housing trust fund, housing advocates have worked around this in a variety of ways. In such circumstances, a housing trust fund may be implemented with appropriated funds, or funds that do not go through a budget process (such as state housing finance agency reserve funds or something structured as part of a bond package).