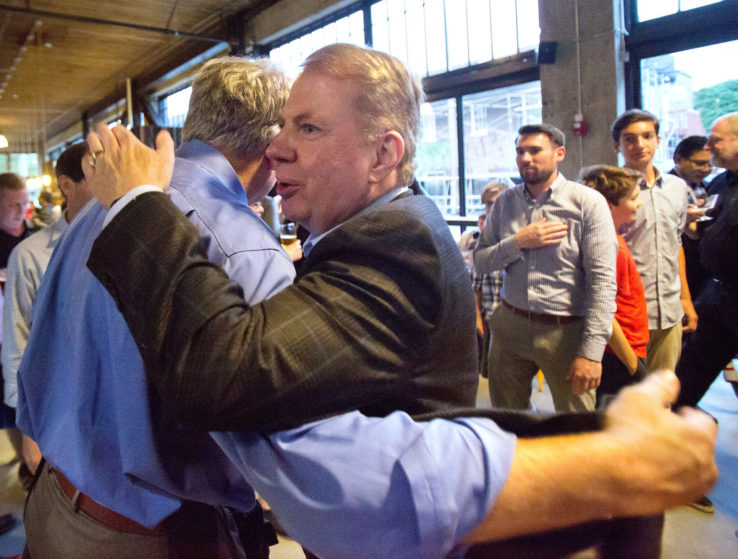 Seattle’s August 2016 primary saw a big win for more low-income Seattleites to be able to afford a home.  Voters not only re-upped the affordable housing levy, they approved an amount that is twice as large as the previous levy voted on seven years ago.  And, the levy passed with 68% in favor.

The new seven-year levy, which was on the ballot as Seattle Proposition No. 1, will cost the owner of a $480,000 home about $122 annually, $61 more than the previous levy.  Seattle voters overwhelming support for the levy showed their awareness of the current housing crisis of rising rents, homelessness, bidding wars on land and property and displacement of lower income residents.

The strategy to double the levy amount was part of Mayor Ed Murray’s response to the housing crisis which has destabilized the city’s working families, young people, and seniors, while contributing to the number of people experiencing homeless.  Seattle’s voters first approved a housing revenue measure in 1981, with the passage of a housing bond to develop affordable apartments for senior citizens. The success of senior housing, coupled with excellent reporting by the City to the public on what the bond accomplished, set the stage for the passage of the first housing levy in 1986.  Voters then approved new housing levies in 1995 with 55% support, 2002 with 54% support, and in 2009 with 66%.

Consistent support of the Housing Levy is rooted in the City of Seattle’s commitment to inform and educate Seattle taxpayers about how the public funds are used to produce positive housing outcomes in the community. The City of Seattle publishes annual reports available to the public on the accomplishments of the Housing Levy webpage:  www.seattle.gov/housing/levy. The levy also requires the review of a thirteen-person oversight committee comprised of one City employee appointed by the Mayor, one City employee appointed by the City Council, six community representatives appointed by the Mayor, and five community representatives appointed by City Council.

This year’s pro-levy campaign raised $328,000 in contributions, with about two-thirds of the money coming from developers, both nonprofit and for-profit. While there was no active opposition to the levy, city officials and advocates had several reasons why voters should increase the levy at this time.  First, city officials said costs for construction, land and building materials had increased since 2009.  Furthermore, federal funding that the city uses for affordable housing has also declined about 30 percent since 2010, according to city officials. And federal housing vouchers Seattle uses for especially vulnerable residents, such as the people experiencing mentally illness and homelessness, have declined as well.

Most of the new money will be spent on building or renovating of rent- and income-restricted homes.  To qualify for the housing, people must earn 60 percent or less of the area’s median income.  According to city projections that amounts to $37,980 for one person, $43,380 for a couple or $54,180 for a family of four.  However, at least half of the levy money is to be aimed at housing for those earning less than 30 percent of the area’s median income.

The newly passed levy should create and preserve approximately 2,150 affordable homes, more than half will serve people who are experiencing homelessness and other extremely low income residents. The levy will also provide emergency rental assistance to 4,500 households at risk of becoming homeless and provide home purchase loans and emergency repair grants for 280 low income homeowners.

Rachael Myers, Executive Director of the Washington Low-Income Housing Alliance had this to say about the victory and its potential impact across Washington, “The extraordinary support for the levy in Seattle, plus passage of a housing levy in Bellingham earlier and hopefully soon Vancouver, makes it clear that Washington voters want solutions to the affordable housing crisis. I think this will inspire other communities to consider their own local levies. And I hope it gets the attention of elected officials and encourages them to support other solutions like a robust investment in the state Housing Trust Fund.”

For more information on the campaign please contact http://www.seattle.gov/housing