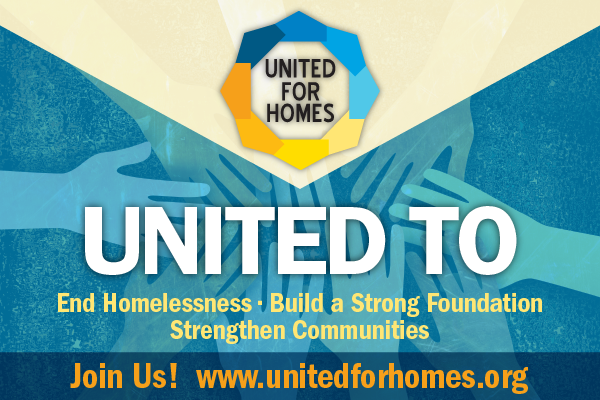 With Congress poised to advance tax reform, including potential changes to the Mortgage Interest Deduction (MID) on the table, the United for Homes campaign is rallying supporters to contact members of congress, to help recruit new supporters to the campaign, and to participate in monthly campaign calls that will provide information and tools to advance the campaign.

The United for Homes campaign is a collaboration of more than 2,300 individuals and organizations working to end homelessness & housing poverty by dedicating revenue to the national Housing Trust Fund and rental assistance programs. The campaign is calling for the reform of the mortgage interest deduction–a $70 billion a year tax write-off that largely benefits America’s highest income families—and the reinvestment of the savings in housing that serves families and people with the lowest incomes.

Specific MID reforms being proposed by the United for Homes campaigns would:

The campaign is asking for supporters to take three actions:

In the Senate: Ask your senators to support modest reforms to the MID and to reinvest the savings in critical rental housing programs that serve families with the greatest needs, like the national Housing Trust Fund and other rental assistance programs.

In the House: Ask representatives to sign the Dear Colleague Letter from Representatives Keith Ellison and Gwen Moore ensuring that housing dollars stay with housing programs.

Use social media, newsletters, and blogs to share the United For Homes campaign with others in your network.

Ask your state and local government officials to endorse the United For Homes campaign.

On January 11, the National Low Income Housing Coalition (NLIHC) relaunched the United for Homes campaign with a webinar that introduced an integrated approach to the campaign, previewed the new United for Homes website that will go live in February, and shared a host of new advocacy tools to help United for Homes endorsers spread the message about reinvesting savings from tax reform into affordable housing programs that serve families with the greatest need, including videos, a media kit, and written material. To view a recording of the January 11 webinar, click here.