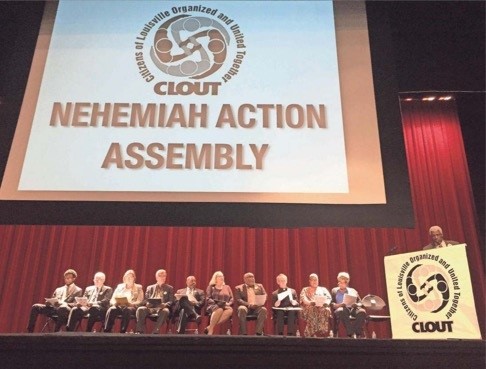 Louisville Metro Council passed a budget for Fiscal Year 2017-2018 that includes $14.5 million for affordable housing, of which $9.57 million will be allocated to the Louisville Affordable Housing Trust Fund (LAHTF) for the development of affordable homes.  The budget allocation represents a significant win for Louisville housing advocates, who have been pushing Metro Council for a nearly decade to fulfill the commitment of $10 million annually it made in the ordinance establishing the LAHTF in 2009.

Leading the long term advocacy effort is CLOUT (Citizens of Louisville Organized and United Together), an organization of religious congregations and groups that work together to solve critical community problems along with Kentuckians for the Commonwealth. CLOUT launched the effort to develop the LAHTF in 2004, and then in 2006 assisted in the creation of the “Open the Door” campaign, a coalition of organizations that was able to build support for Metro Council to establish the LAHTF in 2009 by a vote of 25-1.  For the last eight years, CLOUT has kept the pressure on the Council to make good on the commitment for $10 million annually for the LAHTF.

“This year’s budget allocation of $9.6 million to the LAHTF is a huge win for Louisville families, seniors, people with disabilities and others at risk of getting priced out of town,” said CLOUT leader Beverly Duncan.  “When more Louisville families have the comfort and stability of a home or apartment they can afford, our communities become stronger and the quality of life will improve for all of us.”

Since the LAHTF was capitalized with $1 million from Metro Council in 2009, CLOUT, fellow housing advocates and agency stakeholders have been unwavering in their push to secure robust, ongoing funding to provide the housing that Louisville communities need. In 2012, the Mayor allocated $100,000 to the LAHTF as match to the Kentucky Attorney General’s $250,000 contribution to the fund from the National Mortgage Settlement Funds.  In 2014, the Trust Fund was entrusted with $1 million in HOME funds, which it used to fund the rehab and sale of 23 single family homes. Seventeen of these properties were vacant and abandoned.

In 2016, city officials passed an allocation of $2.5 million in the budget for the Trust Fund, the first significant contribution since its inception, for the first time providing enough revenue to demonstrate what the LAHTF was capable of.  The results are impressive: 363 affordable homes and apartments in the community, including the following housing trust fund investments:

Earlier this year, Metro Councilwoman Barbara Sexton-Smith negotiated a $634,000 contribution to the Trust Fund from a private developer. The developer is building 200 plus luxury apartments in an area close of downtown Louisville and a TIF was requested. Councilwoman Sexton-Smith, offered the donation as a compromise to developing 18 workforce housing units. Instead, the developer is creating fewer workforce housing units and will contribute the Funds to the Trust Fund prior to lease-up. According to LAHTF Executive Director Christie McCravy, the additional $9.57 million will be used to create a Revolving Loan Fund, an Adopt-A-Block project designed to address the vacant and abandoned property problem in the urban core, preservation/rehab funding and new unit construction. Funds also will be used to produce an updated Needs Assessment in collaboration with Louisville Metro.

The LAHTF is designed to be flexible and respond to evolving community needs through grants and loans for a range of affordable housing-related activities. All projects are underwritten and reviewed by a Program Committee made up of local lenders, housing finance representatives, developers and staff and ultimately approved by the Board of Directors. Eligible activities are new development, acquisition, preservation and rehabilitation of affordable homes and apartments for renters and owners; energy efficiency improvements for existing housing; homeownership counseling and down payment assistance; and foreclosure prevention. Eligible applicants for LAHTF funds are for-profit and not-for-profit developers and qualified housing organizations.

Going forward, CLOUT and fellow will maintain their focus: a dedicated source of revenue that will provide $10 million annually.  Metro Council and LAHTF plan to identify potential sources of revenue over the next fiscal year.

To learn more about the Louisville Affordable Housing Trust Fund, go to https://louisvilleky.gov/government/housing-community-development/louisville-affordable-housing-trust-fund or contact Christie McCravy at christie@louisvilleahtf.org.

NEXT Resident Organizing Gains Victory in California, Attention from Other States 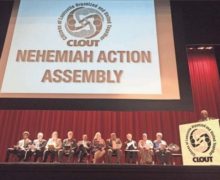 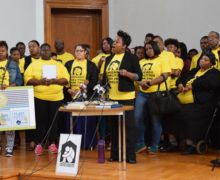 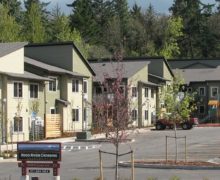 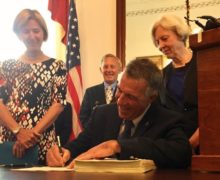 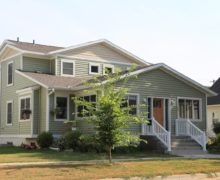