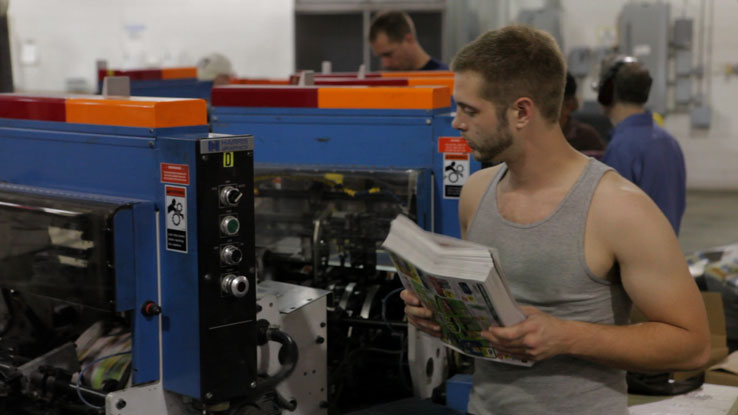 With the goal of building support to expand the Federal Housing Choice Voucher program, the Maine Affordable Housing Coalition (MAHC) and its coalition partners released a video and launched a website that weave together the stories of three Maine households. The video, Along the Way Home, de-mystiﬁes the impact and importance of the voucher program by telling the stories of three families. Both poignant and informative, the video features current voucher holder Jake Elser, former voucher holder Mary- Anne Martel, and Lyn Grotke, who has been on a waitlist for a voucher since 2008. Through their stories, Along the Way Home skillfully explains Maine’s housing need; why having safe, stable housing matters; and why the Housing Choice Voucher program is a solution that works for Maine. 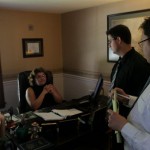 Talking with employees at her law ﬁrm, Mary-Anne Martell had a housing voucher twenty years ago that allowed her to go back to school and become a highly successful professional.

What makes Along the Way Home exceptional is how well it uses the medium of video and the stories of Jake, Mary-Anne and Lyn to make the case for the Housing Choice Voucher program in a manner equally compelling and easy to understand.

According to MAHC Coordinator, Greg Payne, the video has been more broadly received and well-understood than any of MAHC’s prior outreach or public education efforts. “In the past, we have released written studies with all sorts of important information that barely anyone reads,” said Payne. “Totally differentstory with Along the Way Home. We still published a written report as part of thiseffort, but the video is what is attracting people, and we are reaching folks who would havenever read our report.” 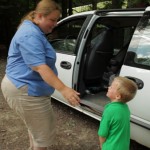 Lyn Grotke helps her son Christopher get into their van. Lynn and her four children have been on the housing choice voucher wait list for three years.

For Maine, the Federal Housing Choice Voucher program is the state’s most signiﬁcant federal affordable housing resource. Following more than eight years of budget reductions and one year of modest increases to the Housing Choice Voucher program, MAHC wanted to launch an education and outreach effort focused on Senator Susan Collins, who sits on the Senate Appropriations Committee and has supported housing assistance programs in the past. After analysis, MAHC and its allies concluded that engaging Senator Collins would ﬁrst require building support among the general public.

“Obviously, we wanted to reach out to Senator Collins directly as much as we were able, but we knew that in order to really encourage herto take action on the Housing Choice Voucher program, we needed to increase the program’s support on the ground in Maine communities,” said Payne.

Reaching the general public meant doing something different from past outreach efforts. MAHC had previously worked to promote and protect the Housing Choice Voucher program but had not had the necessary reach or impact. Based on past experience, MAHC wanted to emphasize the many successes of the Housing Choice Voucher program, rather than just focusing on the need. MAHC also wanted to highlight the plight of households spending multiple years on local wait lists for vouchers.

Working with its coalition partners and with initial encouragement and funding from Bank of America, MAHC developed the twelve-minute video and a web/social media strategy to distribute it. With venues ranging from YouTube, cable access, libraries, and schools, nearly 2,000 people have viewed Along the Way Home in the months following it release.

According to Payne, the video is very effective in helping people understand the Housing Choice Voucher program, as well as inspiring them. “Seeing and hearing from Jake, Mary-Anne and Lyn strips away the complexity and politics, and sets the focus on the human impact. Audiences really get why vouchers make a difference.” At the end of the video, viewers are steered to the Along the Way Home website, which directs them to action. A link on the website allows people to send an email to the White House Domestic Policy Council, HUD Secretary Donovan, and the housing staff for the Maine Senate delegation.

Payne attributes the strong response to the video to several factors:

An instructive exercise for MAHC involved the solicitation and sorting of the potential stories. “What surprised us most was how easy it was to ﬁnd the stories that we knew the public would understand, and how willing people were to tell their stories,” said Payne. “The folks we met were very happy to tell their stories because it was a way to give back and potentially help other people.”

To view Along the Way Home, go to the website at: http://www.alongthewayhome.org. To learn more about the Maine Affordable Housing Coalition, go to: http://www.mainehousingcoalition.org/.