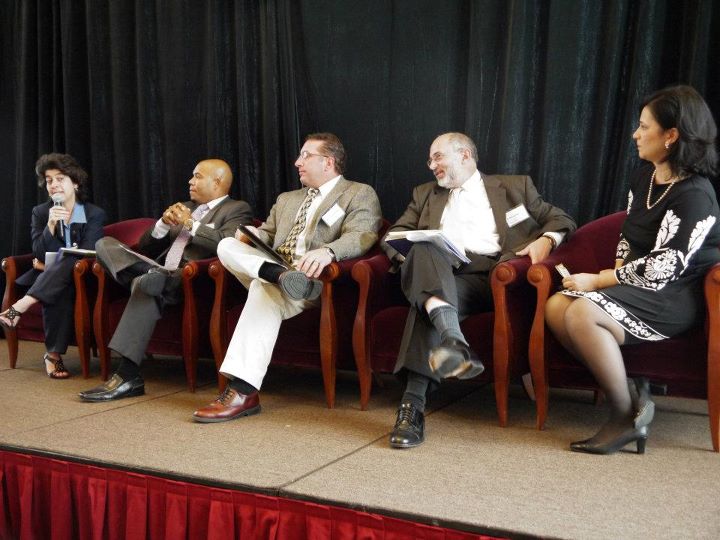 In September, HousingWorks Rhode Island unveiled its annual Fact Book featuring the overwhelming success of the state’s housing bond to an audience of more than one hundred housing advocates and business and community leaders. The convening was designed to build both awareness regarding the positive impacts generated by the state’s investment in affordable housing, known as Building Homes Rhode Island (BHRI), and momentum to support additional investments in the coming year.

“We hope the information contained in the 2011 Fact Book will prompt policymakers to implement solutions that will help Rhode Islanders obtain quality affordable homes. As seen in this year’s Fact Book, Building Homes Rhode Island was a hugely successful and very efficient state program. Rhode Island needs to maintain the economic momentum generated through the program with another housing bond in 2012,” said Nellie Gorbea, Executive Director of Housing Works RI.

Passed in 2006 by majorities of voters in every city and town across the state, the $50 million housing bond was used to develop 1,255 long-term affordable homes for Rhode Islanders in 30 communities, exceeding development projections by more than 25%. Eighty percent of the long-term affordable homes developed were rental, and 20 percent were home-ownership. Following up on an earlier HousingWorks RI report that assessed the BHRI’s economic impact in the state, the Fact Book details the multiple benefits produced by the bond, including:

Despite the success of BHRI, the 2011 Fact Book identiﬁes the ongoing need for long-term affordable housing in Rhode Island:  According to the report, a household earning the state’s median household income of $54,119 could afford a median-priced single-family home in just nine of Rhode Island’s 39 cities and towns in the second quarter of 2011. According to the latest foreclosure ﬁgures, the monthly average of residential foreclosure deeds ﬁled from January through June 2011 (188 per month) is outpacing the average monthly ﬁlings for 2010 (157 per month).

Following an overview of highlights from the Fact Book, the September convening included a panel discussion on the connections between affordable housing and other critical issues, such as the economy, health, education, community life and public safety. Designed to increase attendees’ understanding of the way access to quality affordable homes produces beneﬁts that ripple through communities, participants on the panel included Kenneth Willis, Vice President and Director of the Federal Home Loan Bank of Boston; Patricia Martinez, Executive Director for Family Assistance and Student Support in the Central Falls School District; Dr. Michael Fine, Director of the Rhode Island Department of Health, and Anthony Chip Piermont, a retired community police ofﬁcer from the Newport Police Department.

The panel discussion was followed by facilitated brainstorming sessions designed to identify powerful messages, inform future activities, and empower messengers from a variety of sectors to motivate state and local policymakers to invest in the development of affordable homes. 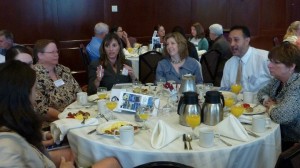 Each table of attendees was asked to share (1) the top two points they would make if talking with policymakers about why affordable housing is critical to their line of work; (2) the types of research and data that HousingWorks RI should provide to make the case for a public investment in long term affordable housing; and (3) other stakeholders to target for outreach by HousingWorks RI and its members to make affordable housing a standard investment for the state. Conversations were lively and productive, and a second round of regional roundtables to be co-convened by local chapters of the Chamber of Commerce is being planned for this fall. The convenings will be designed to include local policymakers and Assembly members in the discussions about the need for long term affordable housing and to focus local media attention on the importance of funding for affordable housing.

These convenings are part of a multi-prong effort by advocates to renew funding for long term affordable housing in the state.  Next month, the Housing Action Coalition of Rhode Island and other partners have organized the “Reaching Home – RI” conference, which will draw together several hundred individuals from social service agencies, local and state government, banking industry, nonproﬁt developers, realtors, philanthropy, residents and housing advocates to network and attend workshops on current issues in affordable housing and homelessness. Brenda Clement, Executive Director of Housing Action-RI noted, “ In these times of declining resources and increasing need, it is critical for all of our local partners to convene to share best practices and to develop new solutions to address affordable housing needs in our state.” 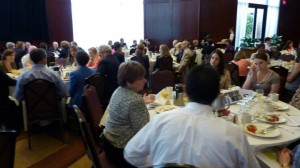 HOUSING WORKS RI – More than 100 advocates and other leaders attended the convening to hear about the Fact Book.

All of these efforts are intended to refocus the state on the critical role that affordable housing investments will play in its future.  “If Rhode Island is to compete with our neighboring states in attracting and retaining both people and businesses, and promote the growth of our economy, the state needs to commit to an investment in long-term affordable housing. A consistent, dedicated funding stream would help to ensure the development of affordable housing and promote the multiplying impact of generating jobs and promoting economic growth in communities throughout the state. An investment in long-term affordable homes will also help to improve outcomes in education, public health and public safety,” said Adrian Bonéy, HousingWorks RI Board member and Grant Programs Ofﬁcer, The Rhode Island Foundation.

The Fact Book is available at: http://www.housingworksri.org/sites/default/ﬁles/HWRIFactBook2011.pdf

NEXT Illinois Advocates Welcome Next Steps in Capital Budget Campaign