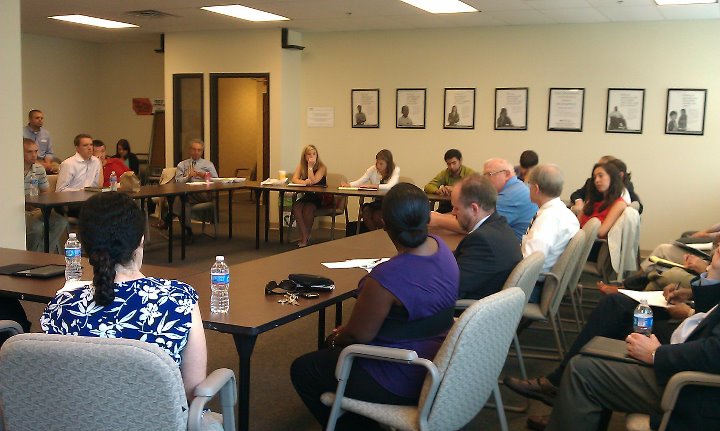 In September, the Campaign for a Virginia Housing Trust Fund was launched. The statewide housing trust fund campaign was established in early 2011 by five statewide housing organizations: the Virginia Housing Coalition, the Virginia Coalition to End Homelessness, Habitat for Humanity Virginia, Housing Opportunities Made Equal, and Virginia Local Initiatives Support Corporation. To increase access by Virginians to affordable housing options, the Campaign is working toward the creation of a state housing trust fund.

The Campaign has an active website (www.virginiahousingtrustfund.org) and has engaged its supporters in numerous ways. In August it asked participants to help design the housing trust fund. The Campaign sponsored a webinar, “Help Build a Housing Trust Fund.” The intentwas to attract advocates, providers, policymakers, consumers and industry representatives from across the state to hear about the basics of a housing trust fund and to express their views through on line surveys and other tools. The Campaign heard advice on local housing needs, types of assistance the trust fund should provide, priorities, administrative features, and sources of funding. Sixty supporters registered for the call.

In September, the Campaign released its report, “The Economic Impact of a Housing Trust Fund on the Virginia Economy,” prepared by Chmura Economics & Analytics. The report supports findings from similar studies in other states and identifies two phases of potential impact: (1) the one-time impact resulting from construction activities created by the support of the fund and (2) the ongoing operations tied to housing (infrastructure) stock due to the trust fund’s implementation. The report is beneficial to other campaigns because of its clarity in the assumptions drawn and how the benefits were calculated.

Assuming a $10 million annual trust fund, the report estimates that the construction activities as a result of the trust fund investment will generate a total one-time economic impact (including direct, indirect, and induced impacts) of $1.0 billion in Virginia over a ten year period, supporting 5,893 jobs.

Of the total economic impact,

During the ten year period, the annual average impact from construction activities will be $92.9 million in Virginia supporting 536 jobs per year.

The economic impact of the ongoing operation of the trust fund comes from the apartment rentals of the housing development, as well as the household spending by residents in the planned housing developments. The total annual economic impact of the ongoing operations of the trust fund is estimated to be $331 million which can support 1,778 jobs in Virginia. 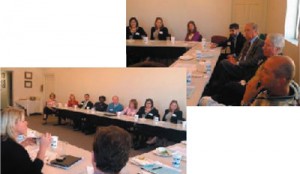 The report concludes that the annual tax revenues from the Virginia Housing Trust Fund will exceed the state investment of $10 million per year.

Virginia Housing Coalition Vice President, Bob Newman, said in releasing the economic benefit study that: “Families, cities and counties, and average Virginians are struggling, through no fault of their own. We need to make sure Virginia invests in a future where people who work hard can raise a family and make a living. The Campaign for a Housing Trust Fund supports a balanced approach to solving our budget problems that includes investments in a Housing Trust Fund.”

Keeping its supporters engaged, in October, the Campaign used an online survey to determine the readiness of housing providers around the state to use a Housing Trust Fund. The survey met with an overwhelming response from 125 organizations from all parts of the state and serving a wide range of housing needs. Three quarters of the respondents indicated that they would be able to use Housing Trust Fund monies immediately. During the first 18 months of implementation, the results demonstrated that the industry would be able to provide housing assistance for more than 6,000 households and could use close to $90 million in funding.

The types of assistance identified included:

In addition to the online survey, the Campaign conducted telephone surveys with thirteen high volume affordable housing developers and providers. All of the respondents were supportive of the Housing Trust Fund.

Virginia is currently only one of eight states in the country without a state housing trust fund and the Campaign for a Virginia Housing Trust fund intends to change this. The Campaign believes the housing industry is a critical part of the local economy in Virginia. The collapse of the homeownership market has had a profound economic impact, including the loss of jobs in the construction, sales and financing sectors. With the homebuyer market in crisis, new pressure on rental housing is driving up rents and pushing affordable housing out of reach for many workers.

More than 30 organizations have indicated their support for the housing trust fund campaign. The Campaign is reaching for 100 supporters throughout the state. The website includes up to date information about the Trust Fund campaign. It also provides links to facebook, youtube videos, and past newsletters.