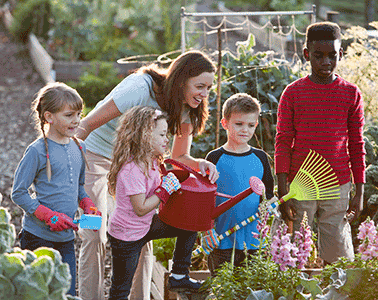 The Housing Action plan adopted by the city council was drafted over sixteen months. In 2014, a study commissioned by the city found that 58 percent of city residents are renters and spend an average of 44 percent of their income on housing. It also found the city lagging in production of new housing particularly for low and moderate income households. City officials then engaged the public and business sectors to create the Housing Action Plan. The 22 proposals include prioritizing affordable housing, expanding the Housing Trust Fund, reducing regulatory barriers, exploring transportation options and parking, building code reform, reviewing college housing, and creating new approaches to homelessness. Also among the recommendations were steps to improve home energy efficiency.

The Burlington Housing Trust Fund was created in 1987 and is designed to support the development and preservation of affordable homes for low-income households.  The funding comes from a dedicated property tax approved by the voters in 1989.  Grants are made to nonprofit housing organizations to fund both the development and operating costs associated with sustaining affordable housing.  The fund is administered by the Community and Economic Development Office and half of the funds are allocated to housing development and rehabilitation, 35% to housing organizations for operations, and 15% for administration.

The FY2016 budget increases funding by $175,000, or nearly doubles the revenues going into the Housing Trust Fund.  The City views the Fund as providing valuable capital and capacity for advancing affordable housing in the City.  For decades, housing affordability has been identified as a significant challenge for the City and its residents and a coalition of affordable housing nonprofits have worked to advance policies to address these goals.  Allocating a full penny per every $100 of property value increases current funding of about $180,000 to $340,000. This advance was recommended in the City Housing Action plan including making revisions to the City’s Inclusionary Zoning Ordinance to better complement the Housing Trust Fund, including restoring the in-lieu fee option.

The Burlington Housing Trust Fund (https://www.burlingtonvt.gov/CEDO/Housing-Trust-Fund-0) has consistently provided support for affordable housing activities and the nonprofit housing community.  In its last annual report, the Fund committed more than $500,000, including revenues, program income and carry over.  Some $360,000 supported affordable housing activities and another $120,000 provided capacity funds to nonprofit organizations.

While advocates have praised these steps, questions are also being raised about:  why not more?  The full penny is a good investment, but much more is needed to fully address the need for safe affordable homes throughout Burlington.  Erhard Mahnke with the Vermont Affordable Housing Coalition praised the plan, but noted that with declining federal support for affordable housing, the Trust Fund needs to focus on those with the greatest need and those who work in Burlington, but cannot afford to live there.  Mahnke also pushed the City to consider making permanent the one-cent increase to the Housing Trust Fund.  And on his side, is City Councilor Sharon Bushor who said the increase should be incorporated into the City Charter asked her fellow councilors:  “If housing is our number one issue, then we really need to look at what general fund (money) we’re setting aside on an annual basis to address this.”