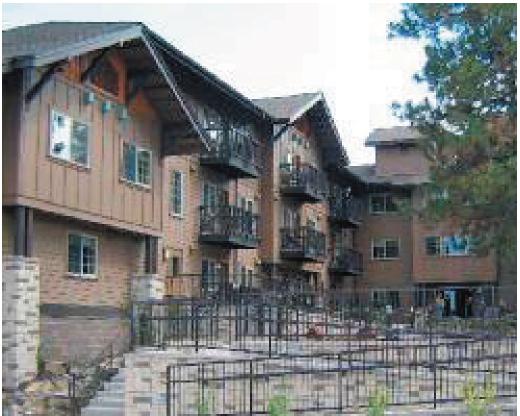 In November, 2011, The City of Bend, Oregon awarded $1.25 million in loans to four new housing developments from its Affordable Housing Fee program. The Bend City Council created the Affordable Housing Fee ordinance in June of 2006. The ordinance instituted a fee on building permits at the rate of one-third of one percent of permit valuation to address Bend’s affordable housing needs. Since 2006, the fee has generated about $2.7 million dollars.

The 2011 funding will support housing for homeless veterans, rental housing for working families, and land acquisition and construction financing for ownership homes. The veteran’s development, called Housing for Heroes, is an acquisition and rehabilitation project of two four-plexes adjacent to their existing “Housing for Heroes” project on DeKalb Avenue. The four-plexes will provide housing for up to sixteen very low and extremely low income veterans with special needs. The rental housing will have 40 apartments serving households that make 60% or less than median income, and will be built to Earth Advantage Platinum standards.

Despite the success of the Fee in generating funding for needed housing in Bend, the impact of the recession on the real estate and construction sectors has fueled a debate that the fee should be eliminated. Prior to the recession, Bend had been one of the hottest real estate markets in the nation for more than a decade, making the Fee an ideal funding source for Bend’s affordable housing programs. Like most areas that thrived during the housing boom, however, Bend has been hit very hard by the recession, particularly in the real estate and construction sectors. The issue came to a vote in June 2011, with the Council agreeing to keep the fee but reduce it to one-fifth of one percent.

Though the reduction of the Fee was a difficult compromise, the City Council’s affirmation of the Fee also demonstrates both a depth of commitment to meet the housing needs of all Bend residents and that the Council sees the Fee as a job generator. Since the recession began and the real estate market caved, the Fee has funded a high proportion of the projects that have employed builders in the Bend area. The Fee was a key piece to the City of Bend’s successful application for Federal Neighborhood Stabilization Program funds, an initiative largely framed as a job generator.

When the Council voted in June to extend but reduce the Fee, the City of Bend produced a short video, high-lighting the Fee and the Neighborhood Stabilization Program funds, and how the City was partnering with the private sector to provide affordable homes and create jobs. The video is available here.