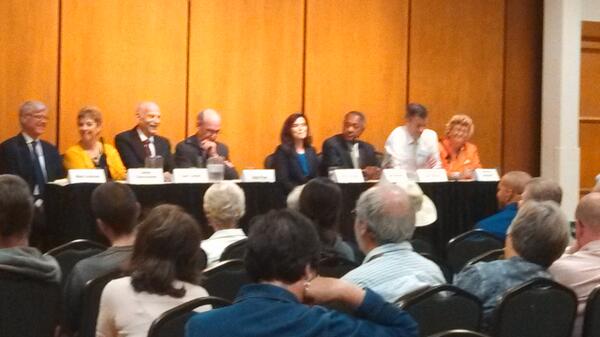 The Minneapolis City Council passed its 2014 annual budget in December, approving an increase of $1.5 million over the Mayor’s allocation for the City’s Affordable Housing Trust Fund. The fund is combined with federal funding and will provide $7.6 million to support affordable housing activities in 2014. The increased funding was proposed by then City Councilwoman, now Mayor Betsy Hodges.  It was approved unanimously by the City Council.

Minneapolis created its Affordable Housing Trust Fund in 2003, under out-going Mayor R.T. Rybak, with a goal of $10 million in annual funds.  Since its inception, more than 6,100 affordable homes have been renovated or built, but the $10 million annual goal has not been met for several years.  Along with federal funds, including HOME and CDBG, the Trust Fund is promoted as a catalyst for advancing community revitalization and reinvestment.  For every $1 invested by the Affordable Housing Trust Fund, an average of an additional $9 in other public and private funds is committed to these activities.  In 2012, the Trust Fund supported the construction or rehabilitation of 599 affordable homes (rental and homeowner), with 421 affordable to households earning no more than 50% of the area median income.

The Minneapolis Department of Community Planning and Economic Development administers the Affordable Housing Trust Fund. The primary purpose of the Fund is to assist in financing the production and preservation/stabilization of affordable and mixed-income rental housing projects. Program funds are available on a competitive basis to projects that need gap financing to cover the difference between total development costs and the amount that can be secured from other sources.

Affordable housing and homeless groups throughout the City have been campaigning for increased funding to the City’s Affordable Housing Trust Fund and this victory is important for moving toward their $10 million annual goal.  Strong connections have been made in Minneapolis for closing the achievement gap in the public school system and addressing the needs of homeless children and their families.  The coordinated advocacy led to affordable housing becoming an issue in the Minneapolis mayoral race. Candidates weighed in on affordable housing at candidate forums leading up to the fall 2013 election, including one sponsored by the Metropolitan Consortium of Community Developers, Catholic Charities of St. Paul & Minneapolis, Downtown Congregations to End Homelessness, and Twin Cities Habitat for Humanity.  Eight Minneapolis mayoral candidates attended a forum to discuss their views on homelessness, affordable housing, and economic development. Questions were written by the sponsoring organizations and submitted by the audience before the event held at the Central Lutheran Church. The new Minneapolis Mayor Betsy Hodges expressed support for the City’s Housing Trust Fund as well as funding for the National Housing Trust Fund.

Building from the promise of such initiatives as the Northside Achievement Zone, the Metropolitan Consortium of Community Developers and the Downtown Congregations to End Homelessness and others held forums, meetings with elected officials and advocacy with members calling and emailing their councilmembers.  They developed strong talking points highlighting the success of the housing trust fund and the key impact providing stable affordable homes can have on neighborhoods throughout Minneapolis:

Strong advocacy and compelling talking points coordinated in a victory for Minneapolis that is sure to build from the solid foundation created through the mayoral forums and unified community voices.