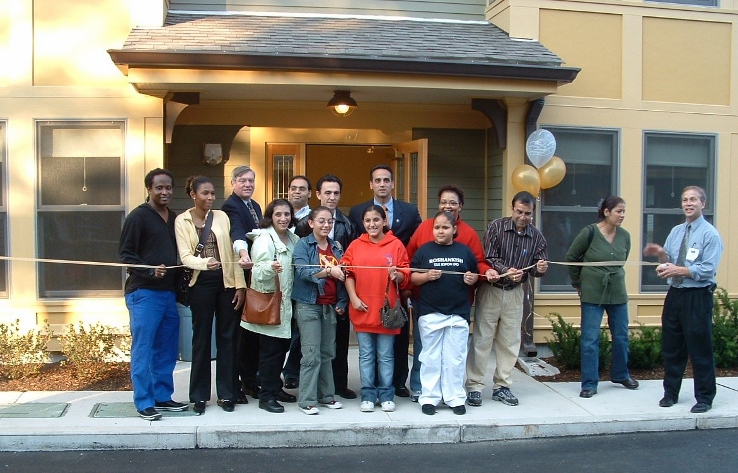 On November 26, the Board of Alderman of Somerville, Massachusetts, voted to increase the linkage fee assessed on large commercial real estate projects in order to provide more resources to the city’s Affordable Housing Trust Fund.  Somerville increased the fee from $3.91 to $5.15 per square foot on developments of at least 30,000 square feet, which will generate up to an additional $1 million over the next ten years.

Mayor Joseph A. Curtatone led the charge to increase the fee after the release of a housing and jobs nexus study, which evaluated the impact of projected growth based on SomerVision, Somerville’s 20-year Comprehensive Plan.  The purpose of the Somerville Linkage Fee Nexus Study was to quantify the impact of the community’s goals for development laid out in SomerVision on the demand for low and moderate income housing in Somerville and the need for job training for low and moderate income Somerville residents. Through SomerVision, which was developed by a three-year public process, the City has set a goal for the creation of an additional 6,000 housing units by 2030, of which 1,200 need to be permanently affordable for households below 110% area median income (AMI). To help meet this challenge, the nexus study recommended that the city raise its housing linkage fee to $5.15/sf, and also recommended the creation of a new Job Creation and Retention Trust Fund, funded with a Jobs Linkage Fee. The purpose of the Job Creation and Retention Linkage ordinance would be to connect and train low and moderate income Somerville residents for the new job opportunities that are expected to arise as new businesses open in currently underused areas targeted for development by SomerVision. The Board of Alderman took a first vote in favor of the Jobs linkage in December.  The next step for the Jobs Linkage requires moving through the State Legislature as a home rule petition and then, if passed by the Legislature, it will come back to the Board of Aldermen and City Administration to craft final, detailed language for consideration and a final vote before becoming law.

“The Mayor’s leadership to proactively respond to projected growth and development in the city demonstrates his commitment to the people of Somerville in danger of being priced out of their community,” said Danny LeBlanc, chief executive officer of Somerville Community Corporation.  “We see the benefits that affordable housing provides to our residents everyday: kids do better in school, the elderly can enjoy growing old in the neighborhood they call home, and our growing workforce will have housing options that match the available wages.”

The Affordable Housing Trust Fund is intended to preserve and create affordable rental and homeownership housing in Somerville and provide other programs to directly assist homeowners and renters from low to moderate-income households (with incomes at or below 110% AMI).  Historically, 75% of the funds have been used for the development and rehabilitation of housing, with the Affordable Housing Trust Fund serving as gap funding in larger deals.

“The new housing linkage fee and creation of the jobs linkage program and trust fund are important steps for addressing affordability and opportunities for residents as Somerville sits on the cusp of new development. They are not the only steps we should take, but they make a critical contribution to our broader goals of keeping Somerville affordable and open to all,” said Mayor Curtatone. “The pressures of gentrification and the need to train our workforce—especially our lower-income workforce—for the jobs of the 21st century, however, go beyond any development here. The increased cost of living in the urban core is impacting families and individuals Metrowide. Somerville is not different for having to face this issue. What makes us different is that we are committed to finding solutions—comprehensive, innovative solutions—and we will do so by working with our community.”

City commissioned nexus studies have played a key role in the creation and growth of the Affordable Housing Trust Fund. It was the release of an initial city commissioned nexus study on the impact of anticipated growth on affordable housing in 1989 that led the Board of Alderman to enact the Somerville Affordable Housing Trust Fund by ordinance.  A second nexus in 2003, along with a concerted advocacy effort by Somerville Community Corporation and fellow housing advocates, led the Alderman to double the linkage fee to $3.91/sf in 2004.

In addition to the linkage fee, the Affordable Housing Trust Fund receives revenue from payments made pursuant to the city’s Inclusionary Zoning Ordinance, and from the repayment of Trust-funded loans to affordable housing developers and first time homebuyers.  The combined revenue sources generate between $400,000-$500,000 annually.

For more information, please contact Dana LeWinter, Director of Housing for the City of Somerville, at 617-625-6600 x2565 or dlewinter@somervillema.gov.