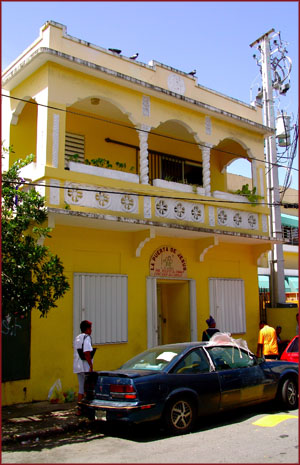 The mission of FIDEVI is to combine public and private efforts in the constitution of a permanent and irrevocable fund that will promote and support the development of affordable and accessible housing for persons of scarce or no resources, such as homeless people, mental patients, single mothers and elderly people. FIDEVI was created in 2004 because the gap in the rental market was greatest for the very low income population and the demand for rental housing was projected to increase to 423,000 in 2010.

Various local laws were amended to provide the Trust with the capacity to issue notes that are tax exempt, with interest income generated by the notes excluded from the ordinary income to the note holders. The Trust has entered into various arbitrage transactions in which tax exempt notes are sold to buy taxable securities used as collateral and source of payment of the notes. The differential between what the note generates and the securities acquired is used to pay for the transaction expenses and to provide the Trust with an income to be used for its charitable purposes. The Fund can also receive donations from private companies as well as state and federal funds.

The program offers ﬁnancial support of  up to $100,000 to nonproﬁt and nongovernmental organizations from the local homeless advocacy community to develop housing projects. The Fund targets homeless, seniors, women with children and families with extremely low incomes and supports transitory or permanent housing. The Fund also promotes rehabilitation or new construction of housing and emphasizes that housing has living assistance and/ or other special services support.

Because of its public/private origins, FIDEVI is established as a nonproﬁt with a Board of Trustees comprised of several members, representing:

Requests for proposals are issued once a year. Organizations go through a qualifying process. In 2010, seventeen organizations were pre-qualiﬁed and invited to submit a proposal from 72 nonproﬁt/nongovernmental organizations answering the announcement. Fourteen organizations submitted applications of which six were approved for funding in 2010. The investment of $585,000 in 2010 will support six developments providing 127 housing units.