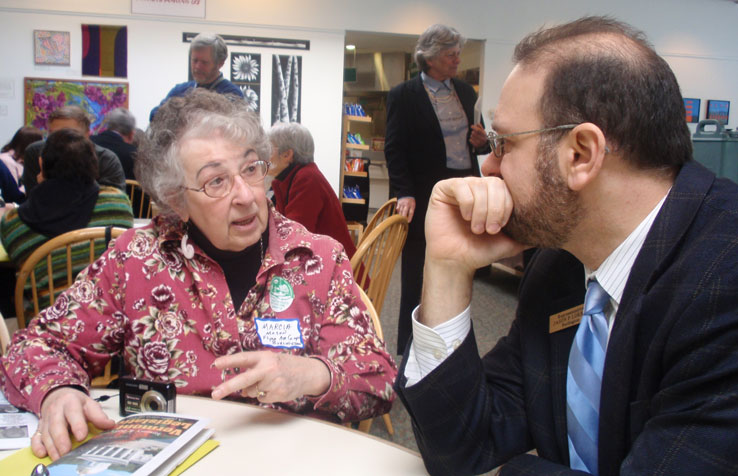 In his budget address last January, newly-elected Governor Peter Shumlin called for full funding of the Vermont Housing and Conservation Trust Fund (VHCTF). This spring, he and the Legislature ﬁnished the budget season just shy of fulﬁlling that goal, appropriating a total of $12,047,500 — $8,047,500 in property transfer tax revenues and another $4 million from the state’s capital budget — to the Vermont Housing and Conservation Board (VHCB) which administers the fund.

“We’re thrilled that the Legislature is able to fund the Housing and Conservation Trust Fund at almost its full statutory level, and very thankful to Governor Shumlin for his leadership,” said Erhard Mahnke, Executive Director of the Vermont Affordable Housing Coalition. “This funding will enable housing providers to build and rehabilitate more affordable housing across the state, which is especially important in this time of shrinking federal resources.”

Under its authorizing statute, the Vermont Housing and Conservation Trust Fund is to receive one-half of the revenues generated by the state’s property transfer tax. The total combined FY2012 appropriation approaches 95% of what the VHCB would have received under the statute, reﬂecting a reduction of only $575,000 from the FY2012 statutory level, and an increase of more than $945,000 over the appropriation made for FY2011.

While revenues from the property transfer tax are dedicated to the VHCTF, those funds must be appropriated by the Legislature in the state budget. The VHCTF was last funded according to the formula in FY2000; over the last ten years, more than $35 million that should have been directed to the VHCTF was diverted. The Vermont Housing and Conservation Board estimates that the state lost the opportunity to produce 1,050 homes, save 67 farms, and develop 70 community projects as a result of the reductions in funding made from FY2001 through FY2011.

The victory came in a year when lawmakers had to address a $179.5 million gap in the state’s General Fund budget. Advocates attribute the commitment to the VHCTF expressed in this year’s appropriation to the Governor’s long history of support for the fund, which has been cultivated by housing and conservation groups since he led the state senate as President pro tem. During that time, Governor Shumlin became a champion of the VHCTF, restoring funding amid budget battles with former Governor James Douglas, including an override of the budget vetoed by the former governor in 2009.

Efforts to support Governor Shumlin’s budget proposal were led by the Vermont Housing and Conservation Coalition, which is active year round educating lawmakers and government ofﬁcials of the impact of the VHCTF at the community level and the support it provides for state and local economies.  Since its creation in 1987, the VHCB has committed $247 million in loans and grants, leveraging an additional $950 million. Over the last 22 years, resources from the VHCTF have:

To make the impact of these investments real for lawmakers, the Vermont Housing and Conservation Coalition arranges tours of housing and farms, as well as meetings with residents throughout the year. It also coordinates an annual lobby day at the state house.

This year, representatives from member organizations and affected residents testiﬁed before ten different committees, and met with Secretary of Administration Jeb Spaulding, Speaker of the House Shap Smith, and Senate President Pro Tem John Campbell, as well as the chairs of the House and Senate Appropriations Committees and other legislative leaders. 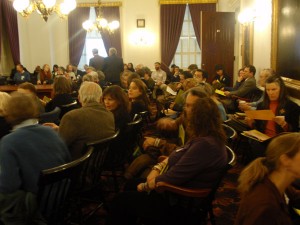 “The housing and conservation work is carried out by community organizations with real roots in the state,” said Chris Donnelly, Director of Community Relations for the Champlain Housing Trust and Housing Co-Chair of the Vermont Housing and Conservation Coalition. “When lawmakers see the scale of what funding for the VHCTF has accomplished, or when they talk to builders who would have had to layoff staff without funding for their projects, it inspires both a rational and an emotional investment in the Trust Fund. It’s about creating jobs and stability and opportunity for people.”

“Funding for the Vermont Housing and Conservation Board is critical to our hundred year vision for the state,” continued Donnelly. “It marries housing and conservation to create thriving communities and to preserve the special place that Vermont is for the long term.”